Staff member
Global Moderator
"Philanthropist"
It's a huge victory. I hope he gets to name 2 or 3 more. I don't personally like the nuclear option but that was a path the democrats started us down.

Supporter
It's about damned time!!! It looks like he'll probably get to nominate at least 2 more.

Staff member
Global Moderator
"Philanthropist"
I should give credit where it's due. I'm not a big Mitch McConnell fan but he really hung in there under the pressure to advance Merrick Garland and he stepped up to get Gorsuch confirmed. Now keep it up Mitch.

Staff member
Administrator
Global Moderator
This is why I am not an advocate of lifetime appointments. 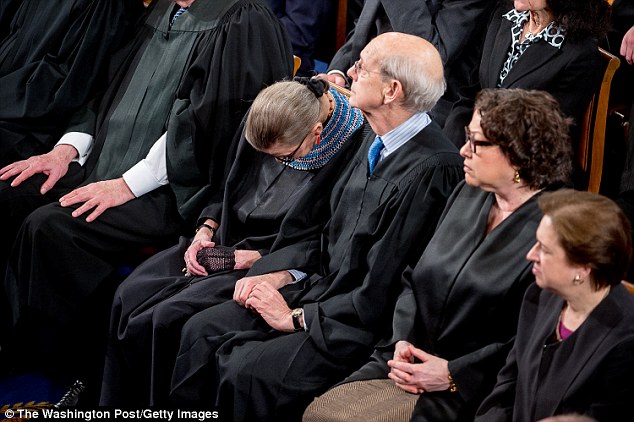 I think Trumpy should arrange for Ginsuberg to take a "nap" the way Nobama arranged same for Scalia. She and Scalia were actually very good friends.

Trumpy should hold out an olive branch and offer to nominate Garland for the next vacancy to shut the libtards up! Maybe that would incite the loony ol' bat to retire. What is the Las Vegas line on which Justice will croak next?

I'd like to see Ted Cruz be nominated for the next vacancy. That would really make the Dems soil their panties!
Last edited: Apr 8, 2017

Everytime I hear the Democrats whine about how the Republicans mistreated Garland, I just want to spit.

If anybody made Garland suffer it was the Democrats who nominated him, when they knew up front the Republicans would never let him through.

Just like the Republicans knew up front that the Democrats would never let Gorsuch through.

The Democrats misused Garland. They dangled him out as a red herring, and it should be on their conscience.

The Republicans had already told them they would not entertain nominations. Why did the Dems have to torture poor Garland? Because he was just a pawn in their nasty game.

Bobster said:
...What is the Las Vegas line on which Justice will croak next?
Click to expand...

Staff member
Administrator
Global Moderator
"Philanthropist"
Bottom line, the pics he makes for The SCOTUS are more important than anything else he does in office.

The scales of SC justice have been skewed for to long and they need to be brought back into balance. Gorsuch is a step in the right direction but it just takes us back to where we were before Scalia died. That still leaves too much to chance, I would like to see at least one more pro 2A justice added to the lineup before Dems get back in power.

Moderator
"Philanthropist"
Very Interesting Times my friends. But I am hugely grateful that Gorsuch will be sworn in.

John A. said:
This is why I am not an advocate of lifetime appointments.

Moderator
Supporter
FYI. The only reason I voted was for scotus picks. Didn't want Hillary picking these people. That evil bitch.

Water Monkey said:
FYI. The only reason I voted was for scotus picks. Didn't want Hillary picking these people. That evil bitch.
Click to expand...