Staff member
Administrator
Global Moderator
https://twitter.com/i/web/status/1592553350129909762
I invoked the Invasion Clauses of the U.S. & Texas Constitutions to fully authorize Texas to take unprecedented measures to defend our state against an invasion. I'm using that constitutional authority, & other authorization & Executive Orders to keep our state & country safe: 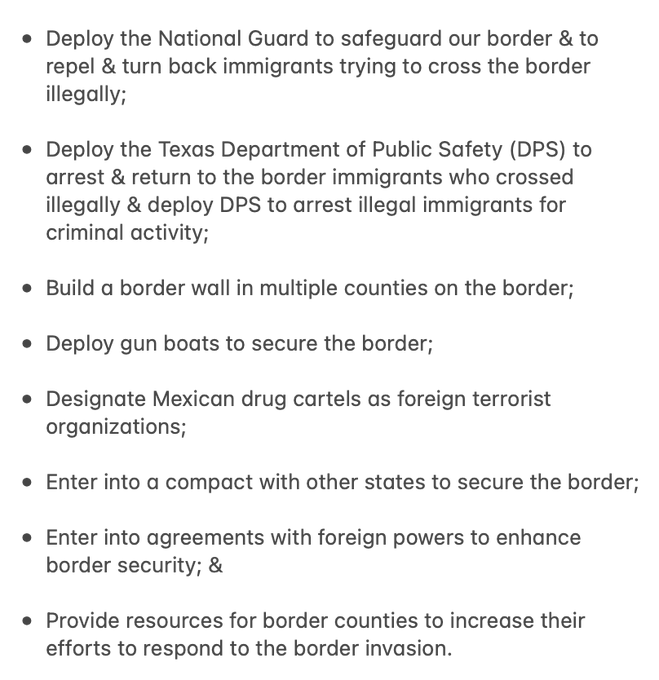 "Philanthropist"
They take their "gun boats" pretty seriously down in Texas. 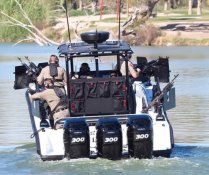 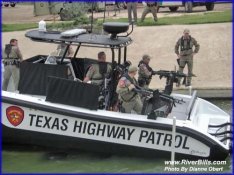 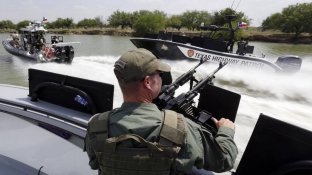 "Philanthropist"
Here;s a couple of the Texas air assets 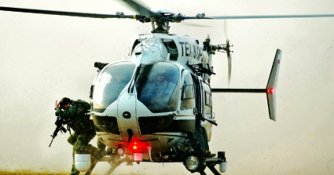 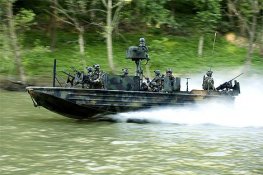 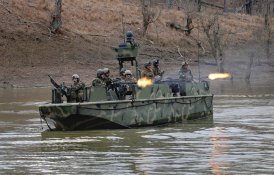 Holey Shix! 900hp will churn up some mud!

I suspect the best border "wall" would be constructed out of piles of bodies of those attempting to infiltrate illegally... Those border boys and girls could certainly make that happen!

Staff member
Administrator
Global Moderator
I'm John A. and I approve of this message.

I've been advocating a DMZ full of land mines for years. I hate to be that way, but we're in a real pickle with this open borders BS.

If they're unwilling to enter the country legally, I'm through with the games.

This is only allowed because of certain politicians who get to count illegals towards the census so they can continue to have more electoral seats and votes than they would otherwise get to have.

And taxes. There are millions upon millions of illegals working and getting paid and getting cut taxes, who never file taxes and would otherwise get a refund, but that's also another bonus to the government getting to keep all of that "free money".

But it's mostly the extra house seats. New Yuck is the same way. Always has been. But they don't want to lose an ounce of power.

I would necessarily kill them all. Coyotes and drug dealers yeah sure.

Everybody else, I would just chain them together, on a road gang 30 miles long. Have them build a border highway and wall, then a second wall.

People will come to the border, see the endless chain gangs, and turn around.

But this problem has another side to it that they’re not talking about on the news. Half of the border patrol agents are culturally Mexicans. 30,000 of them.

They don’t much really care about what color you are or where you come from. They have families in the United States and want to protect them.

And the word trickles down through the “Hispanic” community, because when it comes down to it, millions of them have a relative or distant relative on the border patrol.

Those Mexican American border patrol agents & their families representat least a quarter of a million people in the United States, who all have Mexican friends that live here as well.

But they really are Americans, and they are proud to be here, and they view this as an invasion as well. We saw this seriously in the midterm elections and you’re going to see it more and more in every election.

I saw the number of Mexican Americans voting for the Republicans double on this election. And I think it’s gonna double on the next one again.