Installing bipod onto the handguard.

Supporter
Hi all.
I have been meaning to get my daughter a bipod, Since the clamp on one I have is garbage.
So here I will show you the very simple steps to install one.
I bought a Shooters Ridge bipod, Harris Bipod Adapter Stud Flange Nut for Hollow plastic Forends.

First off we need to make sure the rifle is not loaded by removing the magazine and checking to see that there is not a bullet in the chamber. 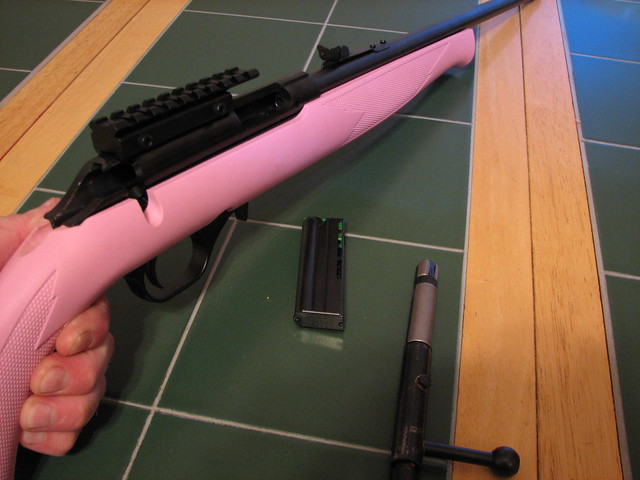 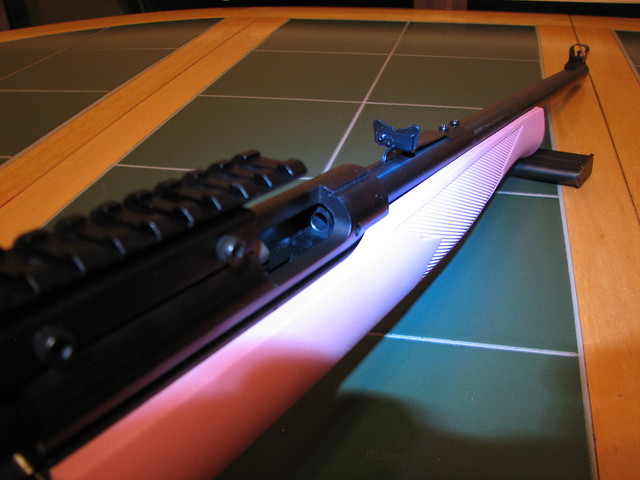 Then I remove the two screws that attach the plastic stock the the receiver. 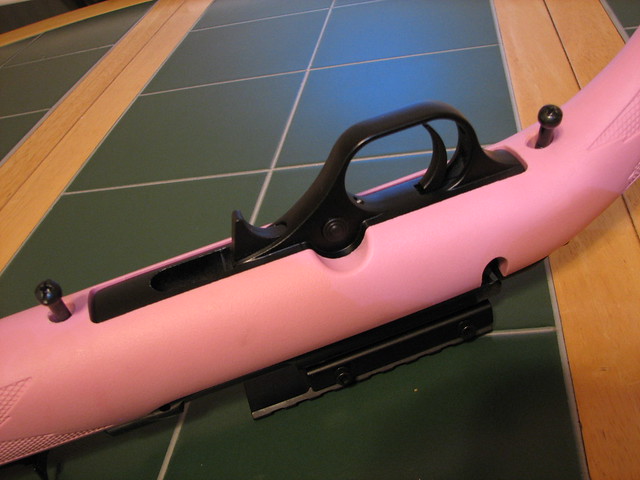 I then checked to see where the bipod will work best, It was suggested that I drill the hole 1.5" from the foremost part, I decided to move back to the second open section, It would give it a slightly more lever area. 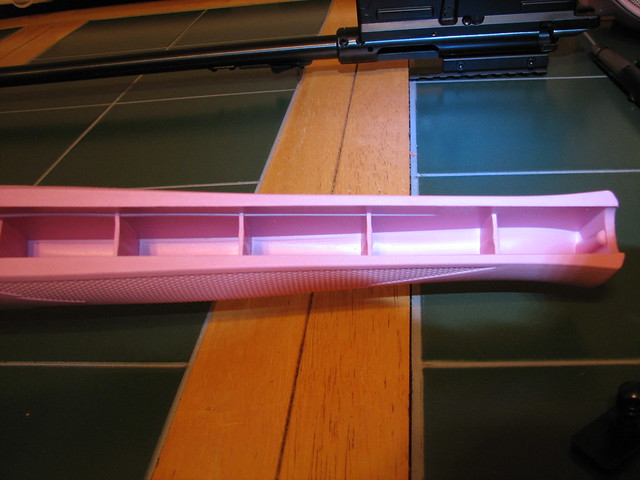 I drilled the appropriate sized hold in the center of the second section. 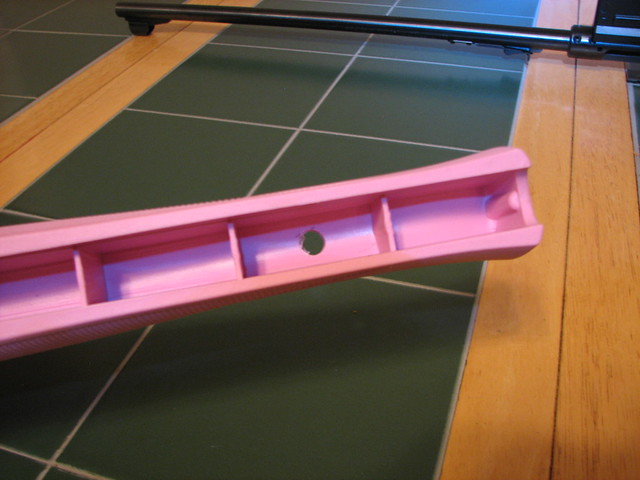 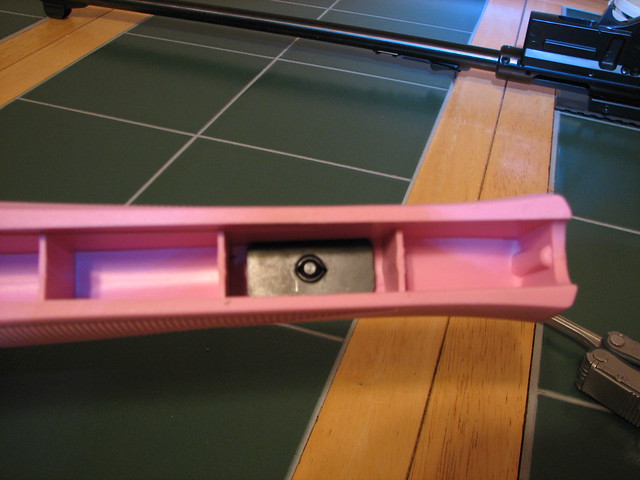 and tightened the eyelet down. 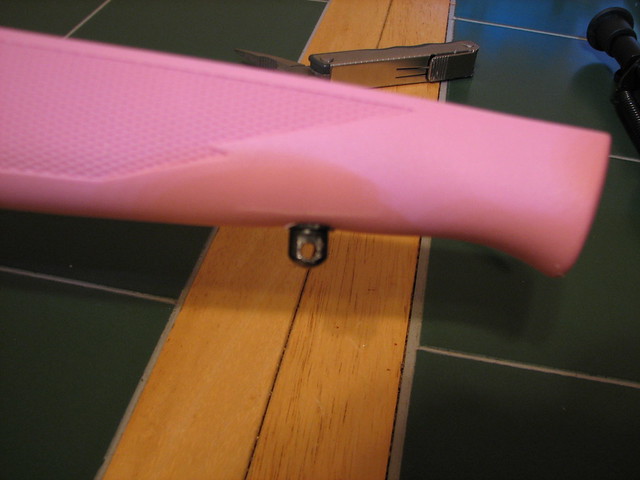 Here you can somewhat see how the bipod mounts to the rifle, There are two pins that hold onto the eyelet and as you screw the nut down it snugs up the bipod to the bottom of the hand guard. 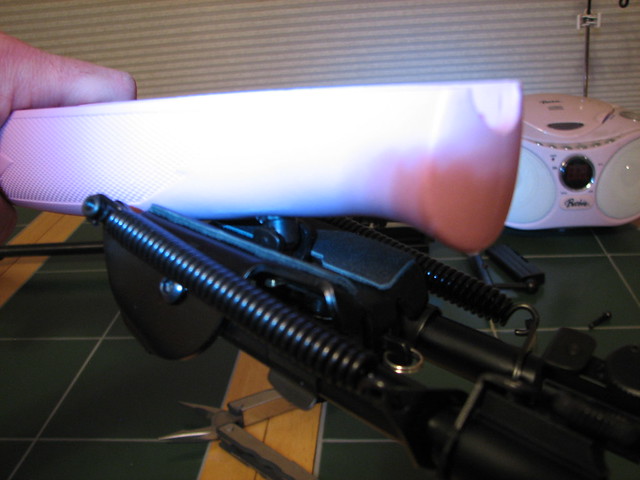 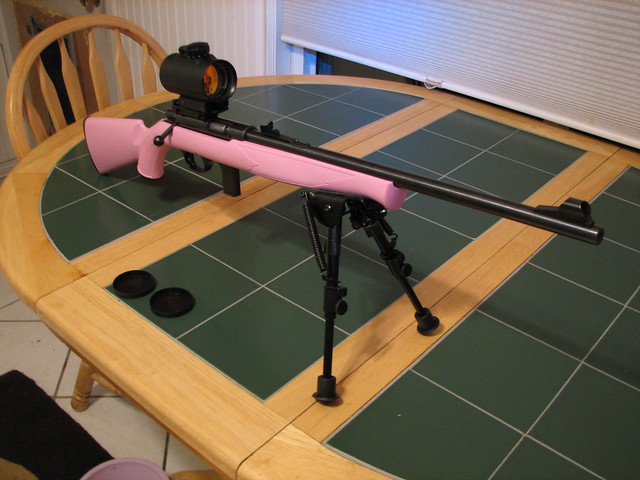 This is the lower position at 9" 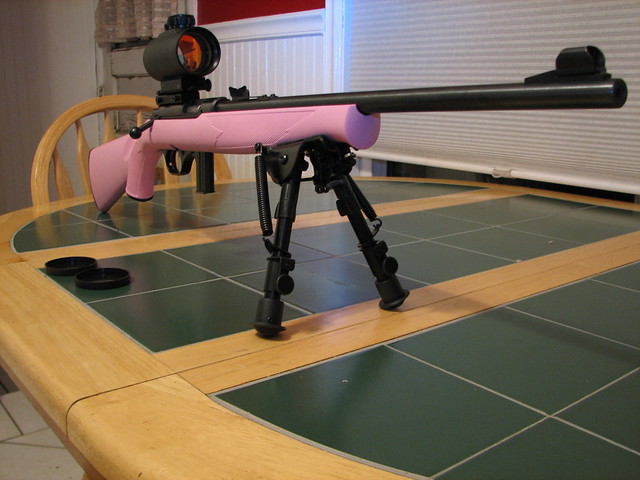 See now wasn't that simple and It only cost me about $40.00
I hope we get a chance to go out shooting soon, Before the weather turn shabby.

Nice write up. Now we need pics of her shooting!

Kodiak said:
Nice write up. Now we need pics of her shooting!
Click to expand...

Looks good! i just installed a sling and its pretty much the same steps, just make sure you get 2 screws with nuts instead of 1 wood screw and one with a nut, drill 2 3/16 holes and screw them on.