Lookin forward to it Sir...

Sorry guys, been out of town. I'll post a review when I get home later tonight. I'll try to post pics too. Not sure how exactly.


p1mpw0rm said:
Sorry guys, been out of town. I'll post a review when I get home later tonight. I'll try to post pics too. Not sure how exactly.
Click to expand...

No worries, here is a link to help you how to post pics!!! Remember We love Pics!!! :mrgreen:
http://www.mossbergowners.com/viewtopic.php?f=33&t=1224
P

Okay, so from what I can tell, I think this is pretty much exactly the same as the old Knoxx Sidewinder. I had read somewhere that on the old Sidewinders it was difficult to work the pump. Don't know if that's true, but on the Adaptive Tactical model this is not the case. Pump works smooth and easy. Seems well made. The drum itself is very easy to load, and it's ambidextrous, so you can make it work if you happen to be left handed. The foregrip has 4 mounting positions for the vertical grip, so it's ambidextrous as well. I haven't had a chance to fire it yet, so I'm not sure how it cycles yet. I'll update after I fire it, and I'll include photos. The adjustable stock is decent. Here's the thing...I'm 6'5", and my arms are barely long enough to comfortably work the pump with the buttstock shouldered. If you are under 6' I honestly think it would be very uncomfortable. And that is with the buttstock adjusted to the shortest length. Another issue is with the drum mag. When it's fully loaded (10 rounds), it's somewhat difficult to snap into the mag well. And if you choose to remove a loaded drum mag from the gun, there seems to be no way of keeping 1 or 2 shells from falling out. It's like as soon as you snap it in, the shells begin to feed into the tube, so if you remove it without firing, those shells just fall out. It's not really that big of a deal, especially if you intend on firing off the whole mag, but it is annoying. Another issue is the lack of rails or really any decent place to mount lights or lasers. Seems like it would've been pretty easy to include rails on the foregrip. All of that said, I like the gun. If I don't have any feed issues when I fire it, I'll be content. It's a cool concept, and it looks badass. I kind of wish the drum would hold more rounds. 10 isn't really that much more than a Mossberg 500 that holds 7 or 8 right? But if it were 12 rounds or 15... Anyway, I will post some pics soon, and I'll get back with a post-range review.
P

Here she is. You can see where I used a bolt to attach a rail for a light/laser. I painted the head of the bolt black after I took that pic.

Unfortunately, I've been super busy and still haven't made it to the range. It's on my agenda for next week. Don't feel real comfortable relying on it to protect my family without putting some rounds through it. In the mean time, I have one shell in the chamber (10+1), so I can at least be pretty certain I have one shot without having to worry about any feed issues. I have an ATI adjustable folding stock on the way as well. The Knoxx stock it came with is decent I guess, but pretty much any other tactical stock would be an upgrade IMO. And I'm going to order another drum. The drums are pricy...they're like $120. You can use the 5 round boxes as well, but I don't really get the point in that. They're $60 I believe. I'm starting to wonder if this thing was worth the cash I'm having to put into it. lol

If needed can you still load the tube? Or is it only operable with the drum? And do they sell just a conversion kit or only the already modded mav88?

No, unfortunately it only works with the 10 round drum or the 5 round box. Now you could drop a single shell in there without using a magazine I would assume. And nope, you can't buy the kit seperate. I'm not sure why though. I know that's how they sold the old Knoxx version, but this one is only available with the whole gun. That would be much more affordable.

You might be able to order as upgrade...
Adaptive Tactical Sidewinder Venom
http://www.adaptivetactical.com/ 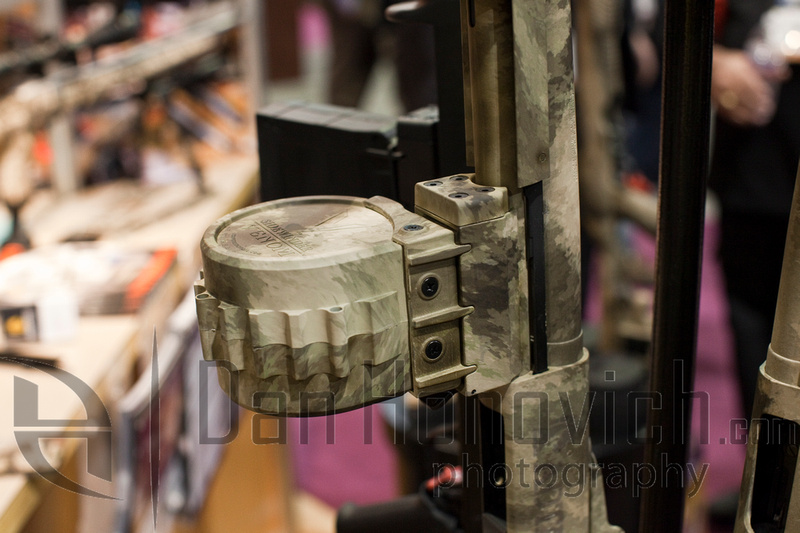 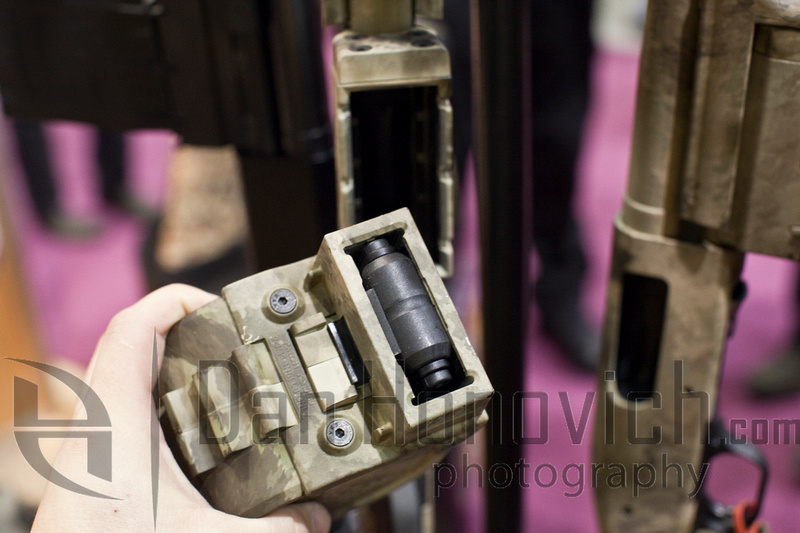 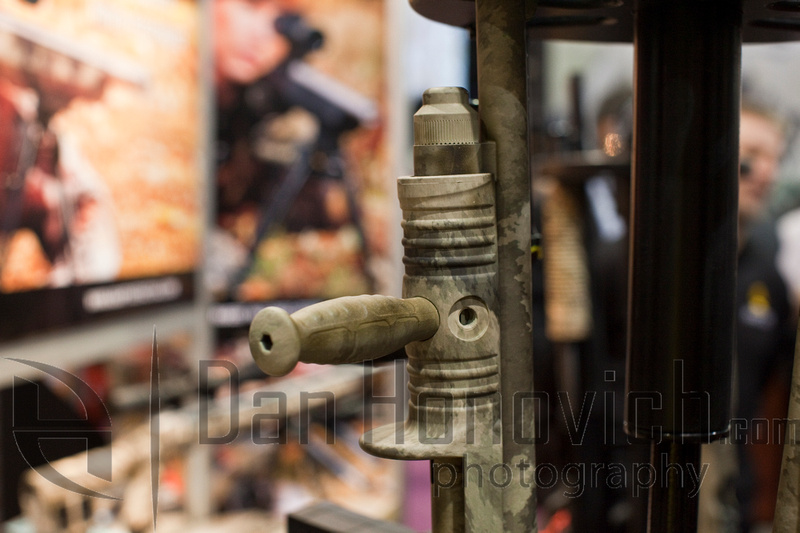 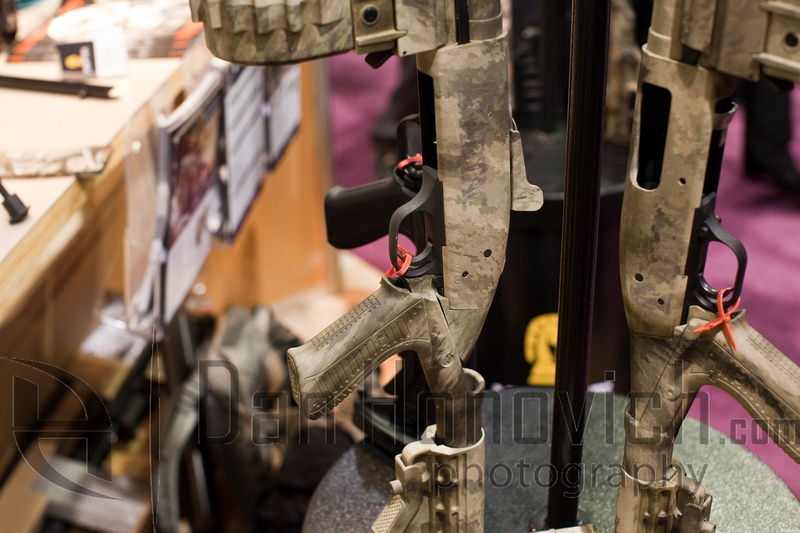 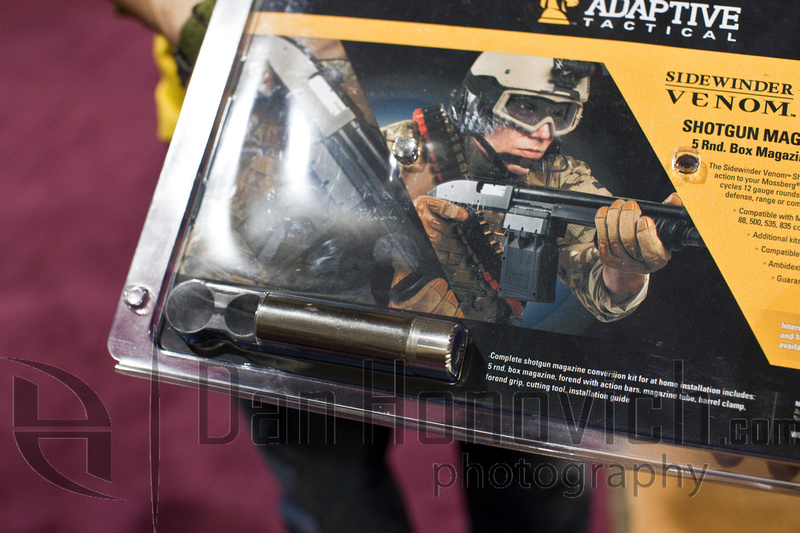 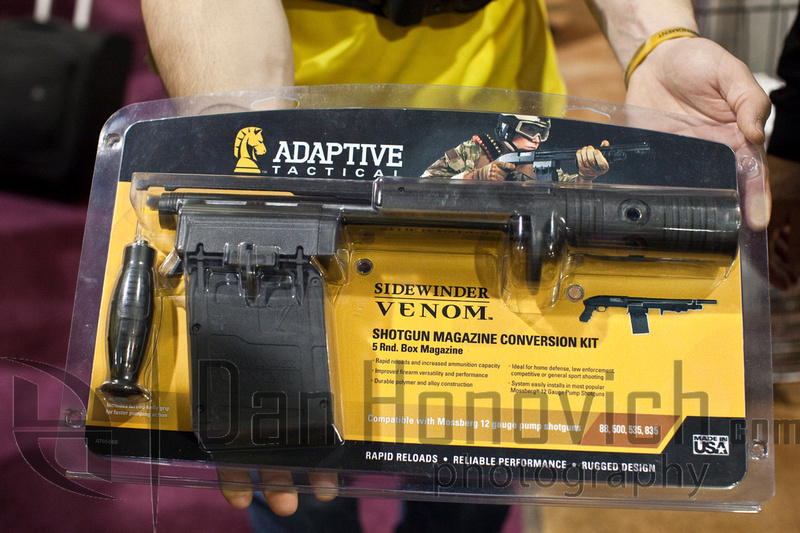 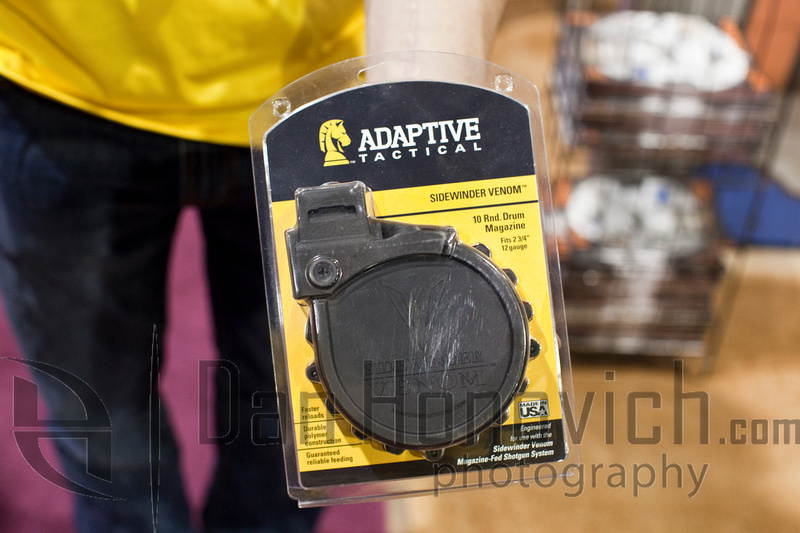 Yeah, maybe I was wrong. I never saw the conversion kit for sale on their site. Maybe they added it. Certainly looks that way in your pictures.
P

I searched their site. They do not have that kit. You could always call them and ask about it.

Sent an email asking about release date and cost for the conversion kit. We'll see where it goes from there.

Yeah, if you could just buy the conversion kit for maybe $200 or $300, that would be a decent deal...as opposed to buying the gun with the kit for $600. I'm happy with the gun overall, but $600 seems kinda high. I mean, you can get a Saiga 12 for a similar price. I recently sold my Mav88 on Armslist for $450 though (it was pretty badass), so I put that towards the Sidewinder model. I'm still kind of shocked by that picture though, because it isn't on their site, and I spoke to one of the owners of the company on the phone before I purchased mine, and I asked him about that specifically. He didn't mention any kit...only the fully converted gun.

The Sidewinder Conversion Kits should be available mid-March & pricing will
start at $289.99.

Thank you for your interest in our products,

There is at least an answer to start with. Actually pretty good response time too.