How many different camo patterns are there for the 835?

Sent from behind the hood of a long nose pete.

Elite Member
It is funny you posed that question, as I just brought home a new to me 28" 835 Waterfowl in Mossy Oak Shadow Grass. I have a 24" 835 Turkey gun in Advantage Timber I bought in 2001, and I owned an 835 Deer & Waterfowl combo years ago that was in the original Realtree All Purpose Green camo (circa early 1990's).
I handled an as new, unfired 835 Deer & Turkey combo yesterday that was in the original Realtree Extra Grey. That was also a pattern from the early 1990's.
I would say that you could not count on both hands and feet the number of patterns that has been applied to this great shotgun since it was introduced in 1988.

Staff member
Administrator
Supporter
"Philanthropist"
I googled it. There's just so many. It's a great work horse with a ton of stuff you can add to it...
My Mighty 835 is sporting Realtree Hardwoods.... 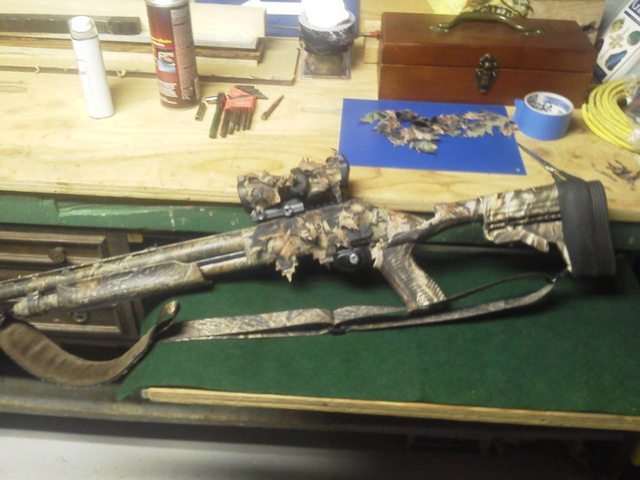 Elite Member
The newest piece to my hunting gun collection. Mossberg 835 Waterfowl in Mossy Oak Shadow Grass. I installed a Tacstar 4 round side saddle in matching camo, a Tru-Glo Flight Stopper front sight, and a Black Rain Tactical oversized safety. I also have 2 Carlson's Black Cloud choke tubes for it, the Mid-range and the Long range. As with all older guns, there are some areas of character on it, but the gun's action is spotless and buttery smooth. It should make a fine duck/goose gun. 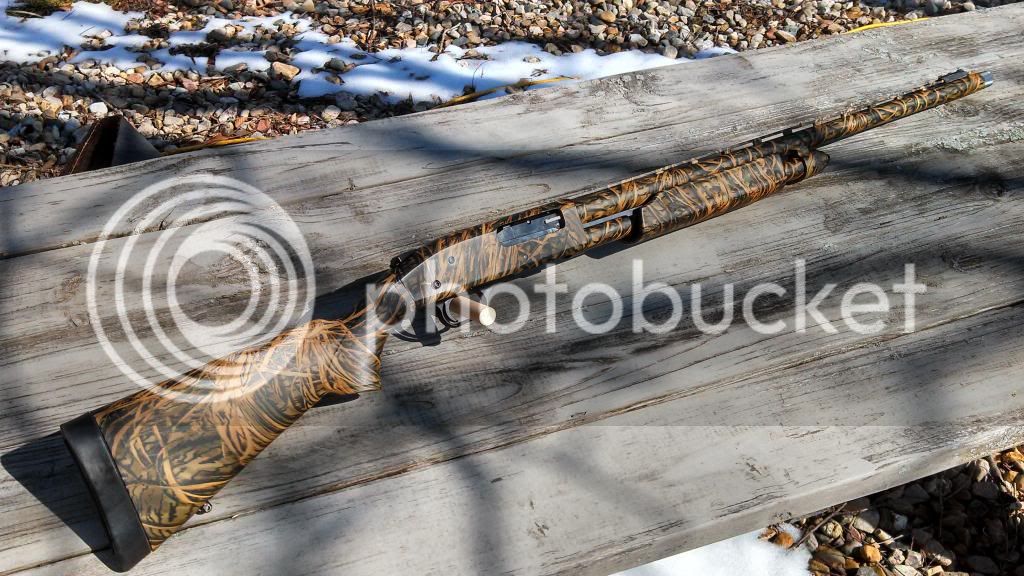 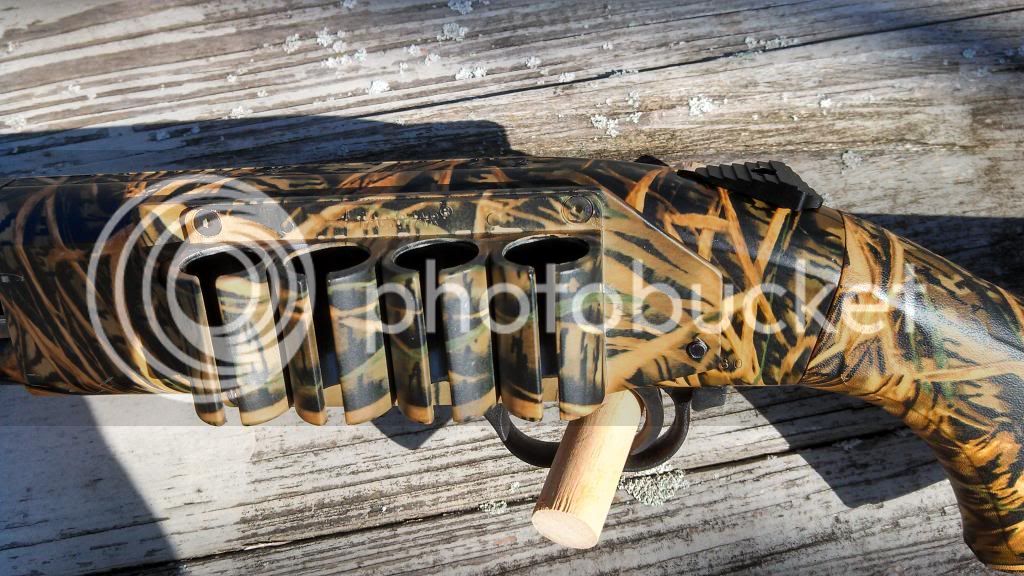 Elite Member
Thanks for the compliments, Fellas!

Staff member
Administrator
Supporter
"Philanthropist"
I picked up one of those oversize safety a lil while ago. I need to install it soon. Maybe this weekend. No work this Saturday Yay!

does anybody know where I can get that stock in mossy oak break up? that looks like that camo pattern in pic but not sure. anyone have a link that would be awesome thanks.

CS511KTM said:
does anybody know where I can get that stock in mossy oak break up? that looks like that camo pattern in pic but not sure. anyone have a link that would be awesome thanks.
Click to expand...

Which stock are you referring to?

I am talking about ripjack's stock. my bad for being unclear

however , that was a few years ago. and it seems the sites store front is still under construction.
Sooo...I looked around and found this....

IDK if they make one in the camo you want, but...if it works? let us know what you get...

ok awesome thanks again everyone!

Just got my stock back for the 835 from Rodney Stumbo at Rods custom stocks. Amazing work!!! Looks like it came straight from Mossberg factory. Hope to get the Millet redot sighted and send some Sabots down range, soon. I am currently working on a front mount for the Harris Bipod, just need to finish up some more machining when I get some time. For now I'll post up the adjustable comb from Rods Stocks.

The other stock pictured is one I just got done refinishing myself for the 590A1. These both look amazing in the sun. They are almost chameleon like and in the sunlight the grains really come at you. I shortened both stocks and they have a LOP of 13.5/14.0, from trigger to end of butt pad. I have both stocks with the Limbsaver 10121, which is for the shorter 4 7/8 stock.

Thanks Again to Rod. He is very professional and you can tell he puts care and effort into his work. http://www.rodscustomstocks.com/