You'd have to call the manufacturer (XS Sight Systems) on that one...
J

After much research here due to problems making my new Nordic +3 extension tube run in a 930 Tactical, I am posting how I achieved success.
Problem #1: Stock follower and spring get caught on the end of the stock tube at the joint between the two tubes. Ryan at Nordic recommended a lead in chamfer on the factory tube. Used a rubber abrasive polishing wheel and polished a smooth chamfer into the end of the tube bringing it almost to a point in thickness which prevents the spring or follower from hanging up. Ryan and others who posted here commented on the value of a Nordic low drag follower which I added. The slight modification to the factory tube combined with the low drag follower eliminated this issue 100%.
Problem #2: Too much spring pressure with the recommended spring lengths causes failure to feed out of the tube and double feeds. The Nordic spring has a significantly higher rate compared to the stock Mossberg. As I continued to cut down the spring an inch at a time it progressively got better until I could get 6 out of 7 to feed 90% of the time with a 25" overall spring length. Number 7 was a 50/50 on feeding. Started analyzing the action of the shell stop mechanism and the marks that it left on the brass at the base of the rounds and decided to disassemble and improve this part. I found that this mechanism is the most critical part of making this gun feed reliably. Removal requires disassembly of the barrel, bolt and slide, but is not really that difficult. There is a clip hidden in a slot inside the receiver that retains the pin holding the shell stop mechanism in place. When you have it out, place the flat end that contacts the shell base on a piece of sandpaper on a flat surface and recut it until it is truly flat. From the factory it is not perfectly flat and has some sharp edges that grab the shell base with too much force to allow the shell stop to slide sideways as the bolt is opened. I finished with a polish with the rubber abrasive wheel to the flat face and lightly touched all of the edges up. Thoroughly cleaned the mechanism and the pocket that it rides in. Also noted that on the top edge of the elevator where the tail of the shell stop mechanism makes contact had a wear mark. The elevator is a steel stamping and the edge is not really that smooth. Took a fine file and flattened and polished the top edge of the elevator where the shell stop tail needs to glide under it. Reassembled with no further changes to the spring length and I have 100% reliable feeding and no doubles, and this is when working the action by hand. There is only so much spring pressure available in the shell stop mechanism and you have to remove any resistance to it's proper functioning. I wish that I had started with this step because I could have probably gotten 100% feeding with a couple more inches of spring. The 25" spring does not have enough pressure to blast out a single shell in the mag tube when unloading by raising the elevator and depressing the bolt release so I have to cycle the last round out with the action. Second and subsequent rounds always unload without a hitch so I could have used just a bit more spring pressure for popping out the single last round.
Lots of guys on here said that some problems experienced when hand cycling disappear when shooting, but I believed that I should make it work properly on the bench to achieve flawless cycling when shooting. Many thanks to Ryan at Nordic for spending time on the phone troubleshooting and making recommendations.

welcome from NY. thank you for sharing.

I have found like with an AR15, you have to let the action "slam home". If you ride the bolt at all, it may mess up.

As far as that **&%^*( joint between the magazine tube and the extension, the problem is that the handguard doesn't fit right to allow all of the threads to be exposed so those two tubes will meet very close to one another.

I actually resorted to just using a +1 extension giving me 5+1 shots but the follower doesn't even make it to the joint this way.

I may have to try your idea of modifying the mag tube (shouldn't have to do this) but really I'd like a forend that fit properly. Have thought of trimming on mine, but first time I tried that, I cut it too short and the barrel was loose. Hate to mess up another forend.

To "breaking contact": I would highly recommend chamfering the top opening of that factory mag tube. Mine hung up regularly on both the spring and the follower. I took out my GG&G sling mount which goes under the mag tube cap and was creating a tenth of an inch more gap between the tubes and it did not help. After chamfering the factory tube opening and adding the Nordic follower, everything works perfect and I put the GG&G sling mount back in and still have flawless performance. I do think that this is a combination of a low drag follower like the Nordic + the chamfering procedure.
J

Firing test today confirms perfect performance with no feeding failures and no doubles. This gun occasionally doubled prior to any modifications. Polishing the shell contact area of the shell stop and the top of the elevator where it makes contact with the tail of the shell stop mechanism would be valuable to all 930 owners from my observation. Anything that slows down the action of that shell stop is going to contribute to feeding errors.
This is an awesome shooting black beauty now!!
9

Re: Fixing A Mossberg 930 Feed From The Tube Problem: Browne

i tried this and it didnt work worth the sh**
9

any up dates ? did you get the problem fixed ?
J

Re: Trouble with S&J +2 mag extension for 930 tactical

Thanks for the tip. I stretched the factory spring and it cycles fine now. I am going to contact Mossberg for a spring for an 8 shot spx and see how it works. 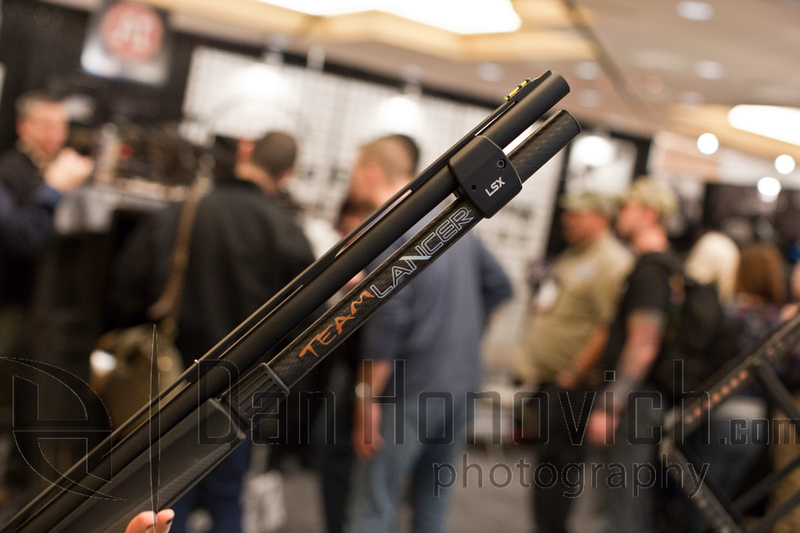 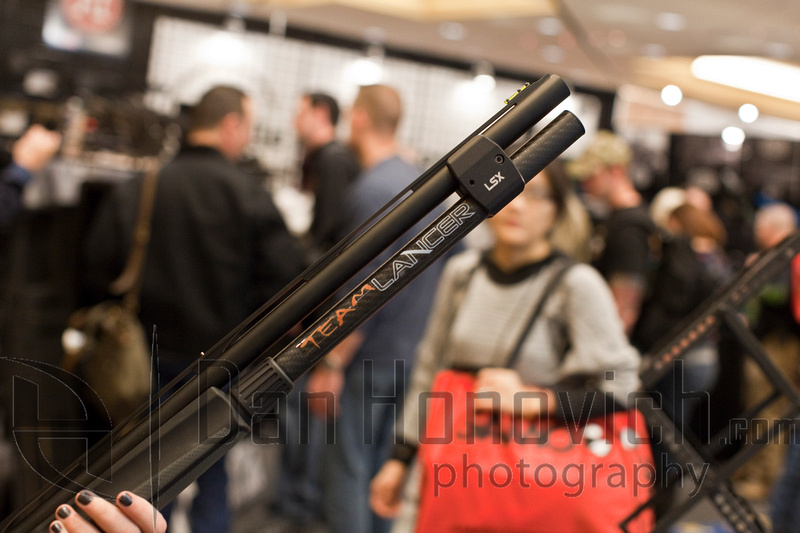 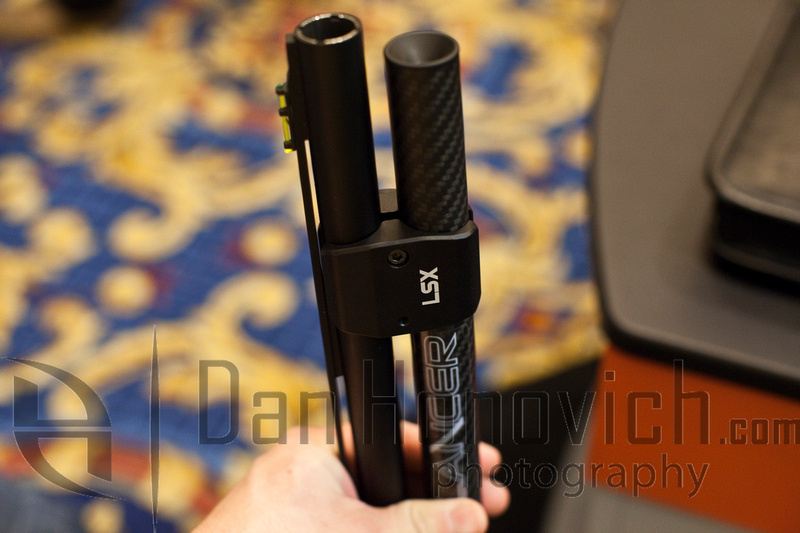 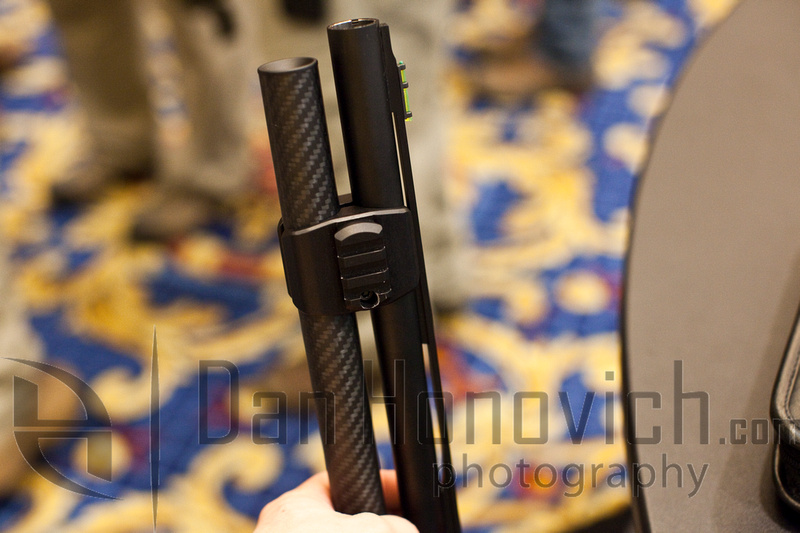 Hello ! What upgraded follower do you use ?

I use the Vang Comp Systems follower but GG&G makes a really nice one as well.
Z

I just bought a 930 the other day that has already had some upgrades added. Flashlight and a NCstar optical sight. However it seems to only hold 2 in the mag tube and 1 in the chamber. When I unscrew the chamber cap to check for a plug there is some sort of ring on the end I am unable to remove. Can someone advise me on this on and recommend a good place to find a +2 mag extension?!?

This is a magazine plug that is designed to limit the number of shells the gun can hold. Usually due to fish and game regulations. It should be easily removed by pulling the spring assembly out and replaced at your will.

This is the piece I'm having issues removing....how do u get it off/out?!?

Pop it out with a screwdriver.

Be careful that it's not pointed at your face, 'cause that spring is gonna shoot outta there with a good bit of force...
T

Re: Trouble with S&J +2 mag extension for 930 tactical

Hello Folks, I'm a newbie and recently purchased my first Mossberg, a 930 combo with a 26" sportsman barrel as well as a 18.5" HD barrel. I purchased a Choate +5 mag extension and it's too long for the 18.5" barrel. It extends about 4.5" beyond the end of the barrel. Will I get powder burns on the extension when fired or is that short enough that it won't cause a problem? If it's too long, is there anyone out there who might be willing to trade for a +4 extension? Thanks

OMG that is beautiful. Interesting for me as well as they also manufacturer fiber optic hardware, the field in which I am employed. Man crush for this company, hope to see pricing soon!

I just ordered and received my +2 extension and barrel clamp from NC. They were awesome to deal with. They had a problem with their credit card processor (stopped servicing them due to "gun related items"). They called me directly to explain and got a work around in place quickly.