"Philanthropist"
Just a few thoughts from an old fellow who's still proud to be an American for going on eight decades, who served over two decades in the military during and following Vietnam, and witnessed first hand the chaos of the 60s and 70s. I welcome your comments and/or criticisms. History provides us many lessons if we take the time to open our minds to the facts, some good and some bad. But, most importantly, it presents an opportunity to learn so we don't repeat our mistakes.

Despite the current chaos surrounding the virus pandemic and the recent cancel culture movement I firmly believe the worst is yet to come. Plus before the November elections the DOJ report on the Deep State anti Trump coup and possible indictments will become public. Doesn't make much difference which party wins the November election, since a majority of the American citizens will be unhappy and the current grid lock, that we're seeing today at the federal, state and local levels, will continue. The riots, protest and demonstrations will not only continue, but they will likely intensify following the election. Neither party, despite their promises or best efforts, will ever satisfy these whiners who would rather protest and deface their country than roll up their sleeves and contributing to making the country better for all. They, first and foremost, dont understand it's not just about them!

Unfortunately, today, like in the 60s and 70s, we have many groups marching to their own agendas. There is really no common cause, sense of purpose, or objective across these groups including Antifa, BLM, the looter gangs, individual ethnic neighborhoods and finally, many young folks who seem to be out protesting for no other reason than they believe they are entitled and deserve to get something free. This despite having been given most everything during their young lives by their parents. Obviously, they have no sense of appreciation or responsibility.

Observation - Despite the "defund the police" drum banging I firmly believe the protester's best friend is actually law enforcement! Now I'm sure many are saying the old man has lost his mind. But let's examine the current situation. The vast majority of Patriots in America respect law enforcement and despite being the best armed and, in some cases, well trained non-military force in any country today they have stood their ground and allowed federal, state and local officials to do their job. They aren't the ones killing cops, destroying property, looting stores or assaulting innocent brothers and sisters. However, if law enforcement is defunded or at some point simply turns its back on the chaos you will likely see a nation wide ground swell movement of Patriots taking up the cause. Remember an important lesson of history, if a vacuum is created someone or some force will fill that vacuum! In my opinion, these protesters would be no match for well armed, God fearing American citizenry. Some, maybe many, would die in the ensuing chaos. And for what cause?

These protest cities should conduct an experiment by allowing a section of their town or a select neighborhood be devoid of law enforcement for a month. See how it works out for the residence and business owners! Seattle CHOP is a perfect example of an experiment gone wrong from the beginning complicated by the total ineptness of local officials. Within a day or two the protesters were out of food, airspeed or ideas. No thought of logistical sustainement or infrastructure. Where's the beans, bullets or bandaids? Plus, due to their actions, they and Seattle city officials immediately lost the support of the folks living in the area.

Certainly hope each of you have already prepared yourselves, your families and your properties for the post election months. If not, you should consider beginning today. I firmly believe the future of our country depends on our willingness to stand up for America. Right now, these domestic terrorists, have their knee on the throat of Our Country and We the People are having a hard time breathing. Wake up America.

God Bless you all.
Regards 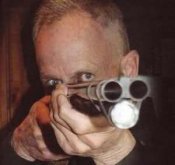 WE THE PEOPLE got this covered!

May the gods bless you too, Ernst!

Stand firm, and aim to do more than survive.

"Philanthropist"
Another thing to consider as law enforcement and likely other first responsed are defunded or, as of late, blocked from responding by protesters, is that you and your family may rapidly become your own first responders.

Whether it be an incident like a home invasion, a fire or a major medical emergency we all need to be able to respond immediately. Good time to assess your current capabilities.

Do you have adequate medical supplies and training to stop major bleeding or traumatic injuries?

Do you have fire extinguishers, fire suppression, and/or have you cleared a fire prevention zone around your house and outbuildings? Fires typically start in kitchens and garages. Are fire extinguishers positioned to respond to these areas?

Bottomline - We all need to increase our independence of the "system".

Staff member
Administrator
Global Moderator
There has been a serious uptick in home invasions in my area the last few weeks.

I seldom go anywhere much, even before all this kung flu was released, now I try to stay home even more. Only time I leave is to get food. Walk across the street to the mailbox, etc. Otherwise, it has to be a pretty specific need.

I do appreciate the honesty from you guys. Fire was barely on the radar before, but I need to step up my game some. Pretty good shape in the other areas mentioned. I even keep stop leak (my joke term for quick clot) in my plate carrier as well as other essential items like tourniquet, water sealing bandages (which was more geared for blood sealing than to seal out bacteria from entering a cut in the shower).

The private fireworks were just stupid this year.
This was the worst year ever for local 911 calls on the 3rd and 4th.
Fresno city alone had 211 fire calls and a couple buildings were destroyed.
Other buildings and houses were damaged by fire.
In Fresno county, there were nearly 2000 calls for emergency services in just 48 hours.

Anyhow I had to go yell at some idiot neighbors who are normally quite well behaved.
I caught them shooting off rockets in the street. Of course it's completely illegal, but I got the old excuse. "Everyone's doing it!"
I made sure they knew that if my property caught fire, I wasn't gonna bother to go looking for "everyone."

"Philanthropist"
Here we are 7 months later. We have a new president, a new vp, a new senate, and the house still controlled by the squad. Cancel culture runs amok, even trying to cancel the 45th president. The left is barreling ahead to get as much of their agenda done in the next 21 months, before the 2022 elections.

The left sees this as an opportunity for a massive gun grab, an opportunity to cripple the fossil fuels sector forever, open our borders, and put more people under direct dependence of big brother, er I meant Uncle Sam.