Thinking outside the box

I've done some testing with the 1/4" steel balls. Mind you, mine are definitely not true reloads. I simply open the crimp on standard #7 birdshot shells, dump out the birdshot, put the steel shot in and restore the crimp.

I suppose I really shouldn't have had my hopes up, since this was gonna be a much lighter payload than lead shot. The 20 gauge, which I figured to being the one I would do the most, turned out to be the most disappointing. My target was set at 9 yards. Four pieces of soft 1"x4" scrap wood from old engine pallets. Nailed them together from both directions with 4" nails and screwed 2"x4"s to the bottom for support. I got 13 pellets in the 20 gauge shells. They penetrated approximately 1 1/2" into the target. I used a thin nail to gauge the hole depths. I fit 9 pellets into the 12 gauge 1 3/4" Challenger shorty shells. Those penetrated approximately 2". Then I put 16 pellets into the 2 3/4" Federal shells. Those penetrated approximately 2 1/2". I feel sure they would have penetrated a 2"x4". The 20 gauge shotgun was a Mossberg 500 with a 22" barrel. The 12 gauge was a Stevens 320 with a 18" barrel.

I bought 5000(!) of these pellets, so I'll still load a whole lot more of them, but only after I find an easier way to do it. I'm thinking of cutting the entire tops off the shells and then using a roll crimper and overshot card to hold things in place.

Just to make myself feel better, I then loaded up a few of my 2 3/4" wax slugs. These rounds weight a whole lot more. The first one not only penetrated through the entire target, it threw huge chunks of the last board up onto my backstop. The next couple of rounds just finished the job. I'll have to build a new target.

Now I'm thinking to cast steel BBs into a 12ga lead slug. Saves on lead, but much heavier than wax loads.

Staff member
Administrator
Global Moderator
I'm still waiting on the weather to be able to test mine.

I'm not usually much of a wimp when it comes to shooting in the cold. I've even coyote hunted before and had ice freeze in top of my cup of coffee and it was in the single digits that day.

But, I'm also still waiting on a piece on another gun that still hasn't arrived yet either. So, I'm going to blame my lack of trigger time on that.

John A. said:
I'm still waiting on the weather to be able to test mine.

I'm not usually much of a wimp when it comes to shooting in the cold. I've even coyote hunted before and had ice freeze in top of my cup of coffee and it was in the single digits that day.

But, I'm also still waiting on a piece on another gun that still hasn't arrived yet either. So, I'm going to blame my lack of trigger time on that.
Click to expand...

I forget just where you are located, but the weather wasn't half bad here (Rocky Mount NC) today. Clear and 40ish. Have you decided what you will shoot at, once you get those rounds on the range? Take care. Tom Worthington

Staff member
Administrator
Global Moderator
I was just going to shoot over a chrono to check their speed and at pizza boxes to check pattern.

John A. said:
I was just going to shoot over a chrono to check their speed and at pizza boxes to check pattern.
Click to expand...

Oh poo. I wanna know how far they penetrate.

Staff member
Administrator
Global Moderator
I'll see what kind of scrap wood I have laying around.

What size/thickness would you prefer?

Two pieces of 2x4 fastened to each other. Then use something to probe for depth (if they don't pass through). I stapled white paper on mine, so I could tell where the newest hits were after multiple tries. Take care. Tom Worthington

Another bit of info from my testing. Since I tore up that wood target with wax slugs, I had reason to pull apart the remaining sections. I recovered several of the steel 1/4" pellets, today. When I dug them out, every single one of them had stayed in perfect condition. Take care. Tom Worthington

Staff member
Administrator
Global Moderator
I was finally able to test them out.

The recipe that I used, velocity was 1226 fps and above. No significant recoil to speak of.

Patterning was really good with the modified steel choke. No issues with the choke at all.

I used 3 pieces of 1x4 shelving stacked together and held together with 2 sheetrock screws. For certain, the steel shot went through the first two for sure, and while there weren't any big chunks taken out of the wood in the third/back piece, it was blown clear. Meaning, you could see the dents on the impact surface of board 3 but I guess the shockwave of the pellets going through the other two boards just pushed board 3 out of the way. And not to mention, jerked the screw that was holding them together out of it.

I checked the wood and there were 5 pellet impacts on the face.

2 pellets did not fully penetrate. The other 3 penetrated 2 inches but busted the 2nd layer and continued blowing its' way through.

I was able to recover 2 pellets from the exit sides of board 2. The other 3 pellets were not recovered.

exit side of 2nd board. 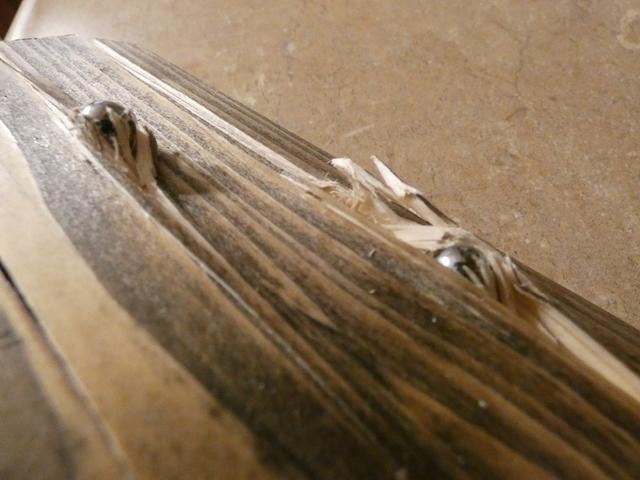 strike face of the 3rd layer. You can see the indentions, but no penetration because it threw it out of the way. 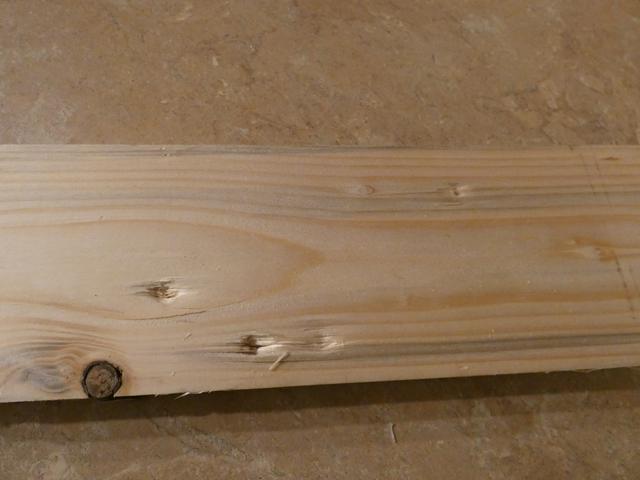 Wow. Looks as though you picked exactly the right thickness!

Staff member
Administrator
Global Moderator
I wish I had used a solid 2x4 instead of three 1x3's screwed together.

I'm curious if any of the other 3 would have exited or nearly so.

It busted the side of the middle layer and threw off the back layer. And this wasn't mounted to the target stand, just balanced on the top of the rail, so there was very little weight keeping it stationary and was not really more than a pop bottle sitting there. If it had been mounted more solidly, would've penetrated more I'm sure because it threw this close to 8 feet behind the stand.

So, while not a perfect test, I can honestly say that I would not want to stand in front of someone at that distance shooting them at me.

They'll work fine for the distances that I'll be using them.

Well, Dr. Frankenstein (John A.) has got me thinking...always a scary situation.

These are some 3 inch #2 steel birdshot rounds. Muzzle velocity is advertised as 1450 fps. Here is my crazy idea. Dumping out the #2 steel shot and replacing it with my #8 lead shot wax slug mixture. That would create quite the round. I could also put the #2 shot pellets back in one of my other birdshot hulls. Of course, I could also just keep the rounds around, without any modification, and they would still be fairly effective home defense rounds.

Staff member
Administrator
Global Moderator
#2 is about the size of a BB I believe.

It would be a pretty decent load for coyotes. I've hunted with BB shot before.

It would be a pretty decent load for coyotes. I've hunted with BB shot before.
Click to expand...