What did everyone think about the team challenge...?!

How about the winners and losers on both teams...?!

And finally...how about the firearms used in the challenges...?!

Supporter
"Philanthropist"
I have insomnia tonight so I just watched it on the dvr. I think the team challenge was cool, sometimes I wonder why they do things that can take a good shooter out of the competition with an injury. That would not be the way I would want to go out. I like movement and physical challenge but all kinds of stuff can happen to people on a rope.

I liked both of the nominated competitors. I know the guy that lost was a cop and a well trained one to boot and he had a bad day. The difference is the winner was born with a gun in his hand , grew up shooting and just has an understanding with firearms in general, and he was trainable. Don’t ever count someone out that has to be a good marksman to eat……plus he had a good day

The weapons were great. I don’t have much time with a flint lock but have shot cap and ball quite a few times, they are fun. The USP45 looked like a good shooting gun. The high speed footage alone is worth watching the show .
S

Yea, I agree Oli...that two platform rope swing could have messed up more than one person...how many times did that Army vet hit the tower or fall off the rope...I lost count.

Tim's performance really did pickup after him and Iggy tied the first round...18 hits compared to 8 the first time out.

And, the flintlock was also a challenge by itself...I've actually fired a kit gun like the one used in the competiton and that trigger is tough, but at the same time, that guy Greg was waiting to long to fire and caused himself his trouble. I'm really surprised he has not been sent home yet...

I think Greg is a LOT of talk without backup. On the same token, the team did just seem to sit there and let him flounder. The blue team has a lot to work on if they hope to worry less in team challanges.

Greg also was half cocked for HOW LONG before someone on his team finally spoke up and solved the issue for him? He just kept trying to pull the trigger harder and harder. At some point you have to realize that something just isn't right. The red team was talking EACH MEMBER through the loading process step by step. The red team stands to do so much better as a team than the blue.

The physical challanges along with the actual shooting is something you should expect on this show by now. Yes, a good shooter may be taken out be something non shooting realted, but then it would just be another telivised shooting event we can see anywhere I think.

I caught up on the entire season (1,2,3) on pay-per-view. They had it all there for free. episode 4 wasn't available, so I hope to catch that as soon as they put it there.

Staff member
Administrator
Global Moderator
"Philanthropist"
Red team just works so much better as a team then the blue team. Talking everyone through the steps so they really had nothing to concentrate on but the shot itself was a great way to tackle that or any challenge

Blue team has too many alpha's and it's hurting them. They were lucky to win that challenge despite red teams issues. Greg just needs to go. He talks big but he just can't seem to perform well under pressure.

I think Chee should have been sent to challenge instead of Tim. Chee was the reason they were behind from the beginning; Yes he made the shot but he wasted too much time trying to get sacross the platforms. Tim performed like he should at elimination, he stepped up when he needed to with a plaform that he was unfamiliar with. That IMHO is what the show is about.

There was one line said during the challenge that made me laugh but it was probably NSFW. "He's got the pressure of being half......" LOL
B

If I were the red team I'd have let chee choose which of the two guys he wanted to go against for elimination, but chee certainly should have been there.

The remaining female competitor keeps impressing the hell out of me. Has a female ever made it to the green-shirt portion before? She literally floated across that rope swing like the rules of gravity didn't apply, and even when you expect a gun to blow her off her feet she still just keeps on shooting straight and true.

Supporter
"Philanthropist"
Gabby is by far who I am rooting for. She has a killer attitude and can shoot better than half the people on the show. I will root for her till she wins or get eliminated. She handled a 12g better than most people and she rocked the flint lock where as Littlejohn couldn’t even hardly pull the trigger....never ever judge a book by its cover.

oli700 said:
Gabby is by far who I am rooting for. She has a killer attitude and can shoot better than half the people on the show. I will root for her till she wins or get eliminated. She handled a 12g better than most people and she rocked the flint lock where as Littlejohn couldn’t even hardly pull the trigger....never ever judge a book by its cover.
Click to expand...

I'm right there with you Oli, based on her performance so far I think she can make it all the way.

BigFatGuy said:
The remaining female competitor keeps impressing the hell out of me. She literally floated across that rope swing like the rules of gravity didn't apply, and even when you expect a gun to blow her off her feet she still just keeps on shooting straight and true.
Click to expand...

Yet another woman I would marry! (if I were divorced...

PS: Thanks go to Shooter13 for providing the synopsis of episodes! Especially the gun choice and pics! Yoo da man!
S

"plus her current career"... maybe she won top shot?
S


"Blast from the Past"

The biggest weapon in Top Shot history--a mighty 3.2 inch bag gun cannon--forces each team to work together as a unit. At the elimination challenge, a heated grudge match pits two shooters against each other using the fast-flying prehistoric atlatl throwing dart.

The First Team Challenge involves each player getting one chance to sight a target 300 yards away, while the rest of his/her teammates position and fire the cannon. Closest shot to the center of the bullseye wins.

The Nomination picks for the Elimination challenge from the RED Team are: Tim & Chris

The Elimination event involves using a Atlatl each player takes alternating throws at their choice of 3 targets from 30/45/60 feet. Points are awarded based on range and distance to the center of the target. Higher score after 10 rounds wins. 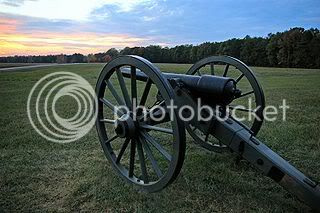 So...what did everyone think about tonights episode #6...?!

The winning and losing competitors...

Staff member
Administrator
Global Moderator
"Philanthropist"
I really wish they would reduce the time it takes for them to post the full episodes online.
T

I agree Mike, guess they are giving itunes a chance to sell some downloads? I wanna shoot that cannon! Well I hated to see Tim go, but he got what he asked for. I'm already stoked for next weeks episode. That's the kinda shooting I wanna see!

Staff member
Administrator
Global Moderator
"Philanthropist"
I liked the canon challenge, that would be a lot of fun.

I liked the primitive weapon challenge as well. Althought Tim did not perform well on this particular challenge I thought he was a much stronger competitor overall and hated to see him go.

Rest in Peace
Supporter
Really enjoying this season!
Really enjoyed ALL the seasons.
This is a great show!
S

Contestants take aim at bowling pins, bottle openers and other specialty targets in an episode full of dazzling trick shots. One team's quarreling over strategy translates to a poor performance at the team challenge. And after a controversial nomination range, two shooters must go head to head to avoid elimination.

The First Team Challenge involves each shooter competing at one of 5 stations:

1.From 30 feet, fire the M1911 to drive a bowling pin backward through two others without knocking them down.

2.Shoot a bowling pin with the 1911 from 30 feet so that it travels diagonally back to knock over one of two others.

3.From 75 feet, fire the Volquartsen and hit a bottle opener so that it pops the cap off a soda bottle.

4.Hit the bottom bucket in a stack of two with the M1911 from 30 feet, knocking the top one into the air, then hit the top one before it reaches the ground.

5.Shoot at 4 gumballs from 35 feet with the Volquartsen, trying to knock them cleanly off their golf tees.

The Nomination picks for the Elimination challenge from the BLUE
Team are: Dylan & William

The Elimination event involves the contestants firing at separate racks of 10 bowling pins from 35 feet. The tops of the pins have been sawed off and set back on the bodies. They must use the Browning to shoot the tops off, then switch to the SIG to hit the bodies.

One point per target hit; no points awarded if a pin’s body is hit first. Higher score after 2 minutes wins. 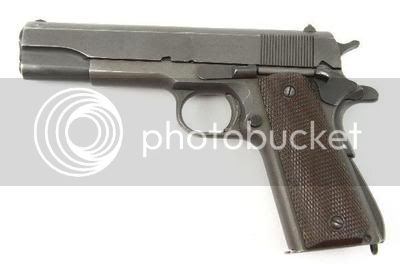 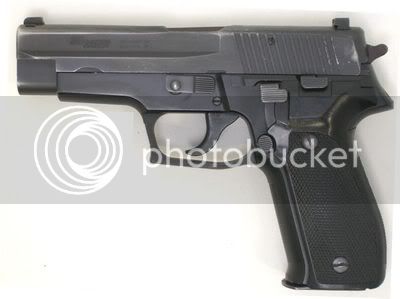 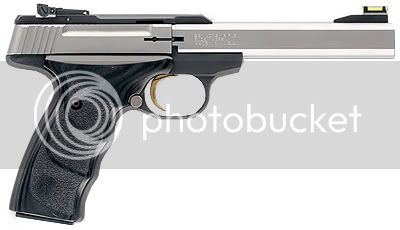