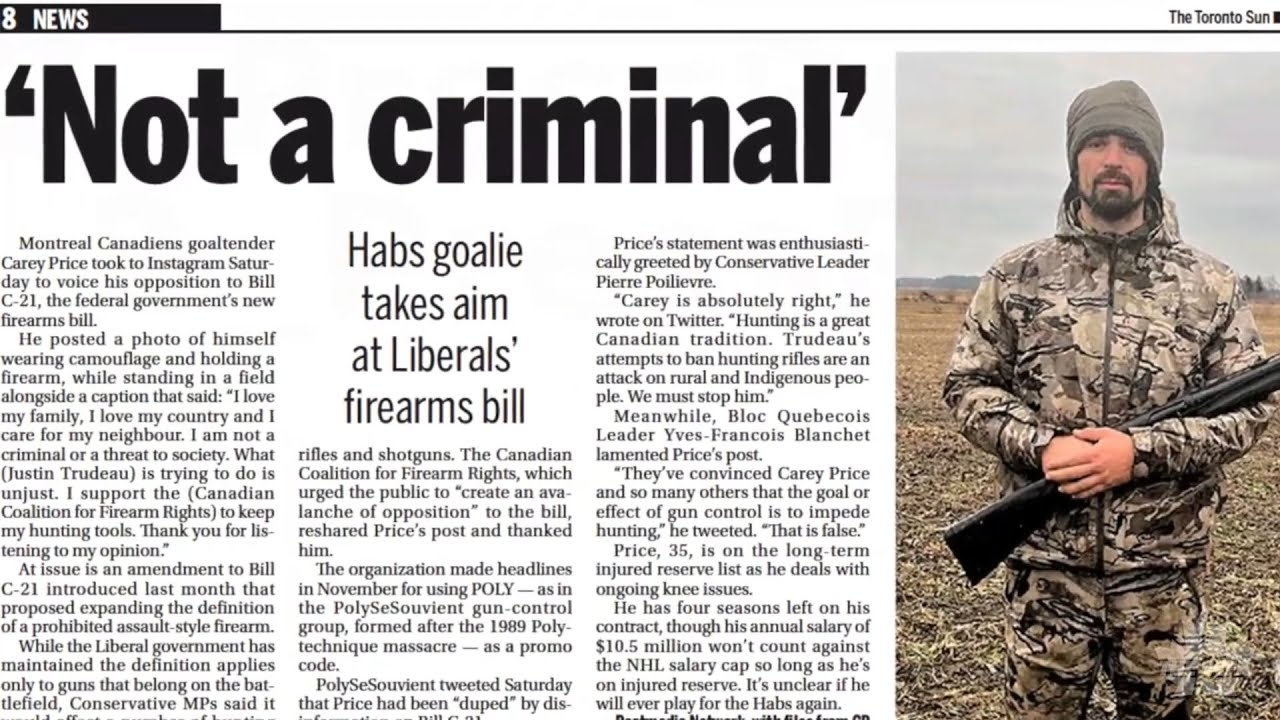 Sun political columnist Lorne Gunter lays out the problems with Bill C-21 while congratulating Carey Price for not bowing the knee to the 'woke army' that tr...

MacGregor For The Record On Bill C-21​ 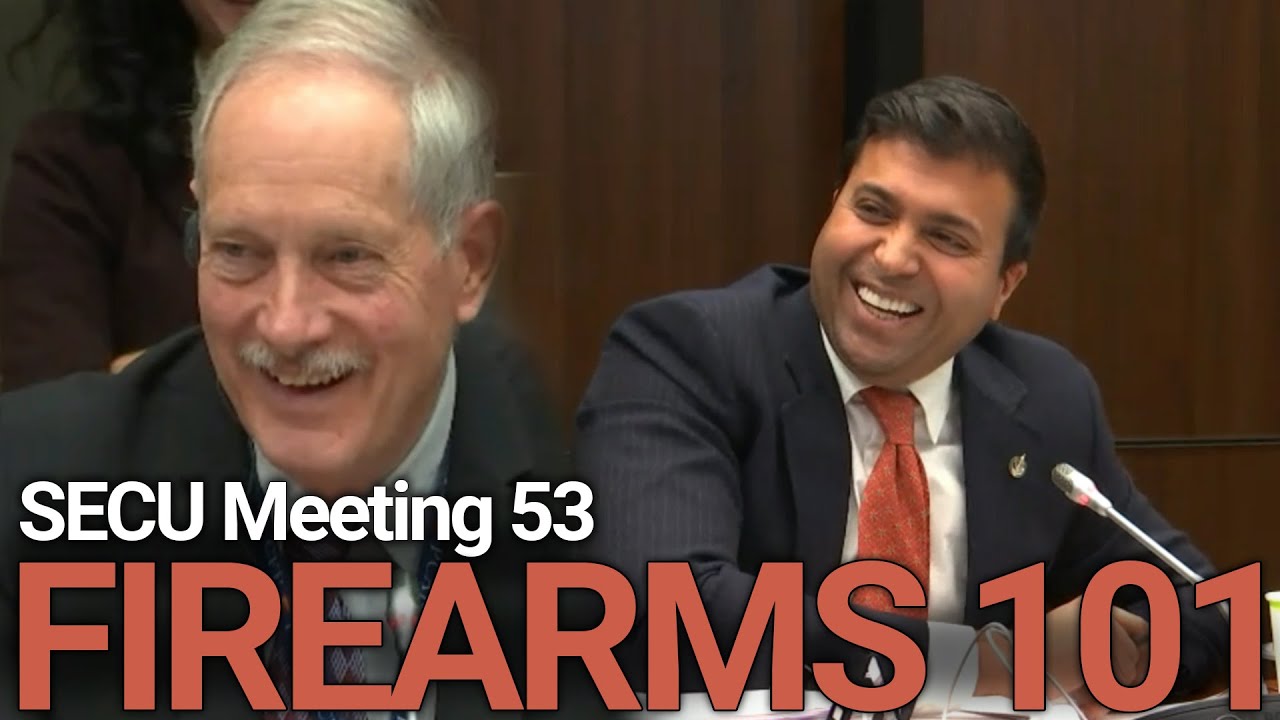 It felt like 'Day One' in your average firearms training or hunter safety course, as Liberal Taleeb Noormohamed ran out the clock asking question after quest...

"Evergreen" https://justiceforgunowners.ca/trudeaus-gun-grab-goes-evergreen/
Same SG, the one with the pistol grip banned


The Stag10 .308/6.5 was imported/approved by the RCMP/GOV in 2018 as it was specifically made for Hunting & Sport/Competition shooting giving it a "NR"(non restricted) designation. (18.5 inch barrel semi auto/center fire/5rd mg from factory/est 2017/Never seen war)Banned!May 1st 2020.


A similar issue arises with the Stag 10. A pre-ban version of the FRT has an even clearer statement in its Canadian Law Comments regarding the Stag 10: “The Stag Arms, Model STAG-10 firearm does not incorporate mechanical, aesthetic or other design features that can be traced directly to any particular firearm; it is therefore not considered a variant of any firearm found in the “Prohibited Firearms Regulations” or the “Restricted Firearms Regulations” appended to the Criminal Code.”

This pre-ban FRT entry for the Stag, made publicly available and current just days before the May 1 OIC, clearly states that the Stag 10 is explicitly not an AR variant.


A post-ban version of the same FRT entry, now reflecting the Stag’s current prohibited status, has no Canadian Law Comments.

This later version of the publicly available FRT, current as of last week, indicates that the Stag 10 is now prohibited as an AR variant.


In other words, evidence of the Stag’s justification for being non-restricted; that quite clear statement, “it is therefore not considered a variant of any firearm found in the “Prohibited Firearms Regulations” or the “Restricted Firearms Regulations,” has been removed, and the firearm reclassified… a move that, according to the previous FRT data and much like what we’re seeing with today’s prohibitions, seems to be beyond the scope of the OIC’s prohibition of explicitly AR variants.


We strongly recommend anyone with one of these rifles wait for further instruction. With such strong evidence of inappropriate tampering (with regards to the legal comments and other descriptors of formerly non-restricted firearms being summarily deleted from records) and prohibitions beyond the scope of the OIC’s regulatory amendments, it is highly likely that Judicial Reviews will be employed to address this overstepping.

If the government was genuinely of the belief that these firearms and those like them are not suitable for competition and such competitions are a danger to the public, then there are at least 20 other things that should have been banned along with the firearms themselves. The glaring inconsistencies definitely beg scrutiny. 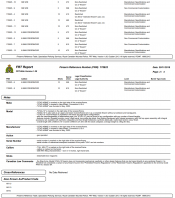 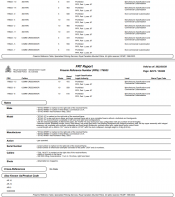 Merry Christmas to you and all your loved ones, may love & happiness be upon you throughout the holidays & into the New Year. GB

Here's an excerpt from ATIP request - showing Liberal public safety staffers looking for a copy of the @Polysesouvient
memo telling them which firearms to ban. 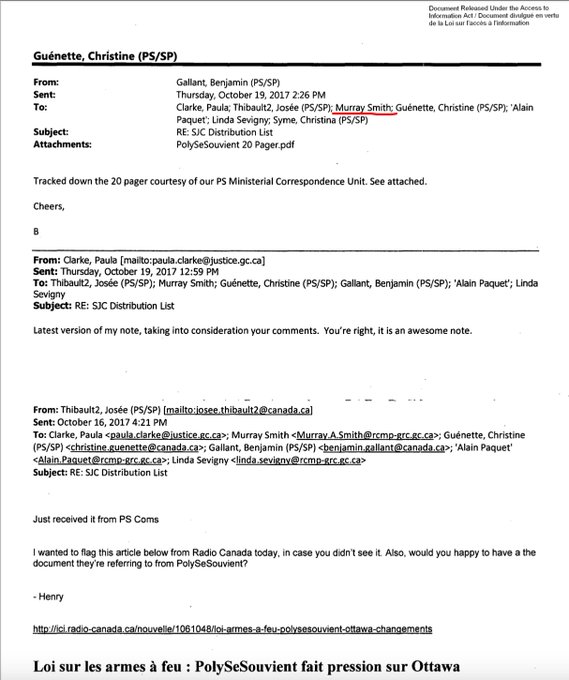 Just to be clear we're not banning hunting rifles, we're banning rifles you hunt with. 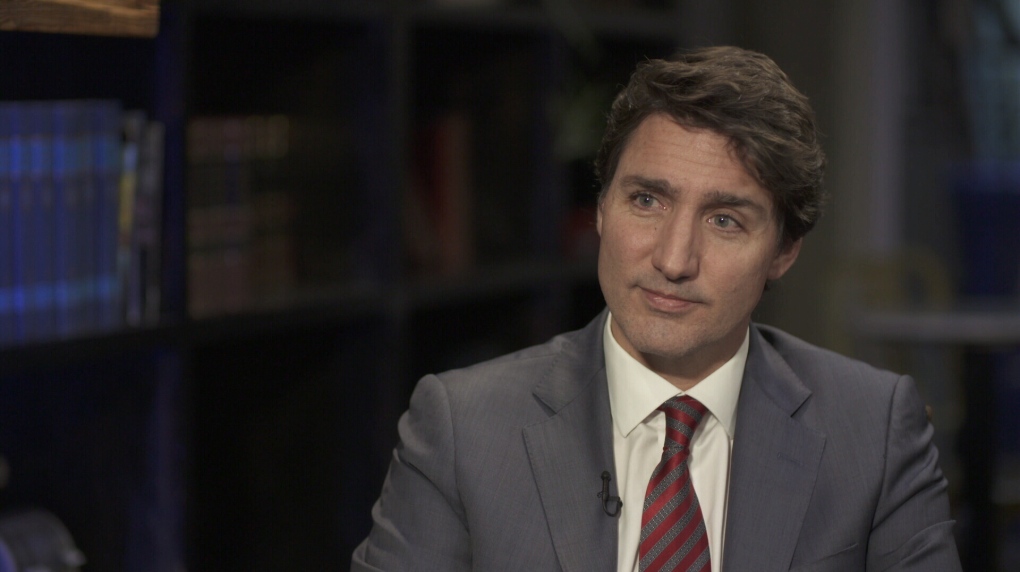 Prime Minister Justin Trudeau says that while the federal government is not trying to go after the right to hunt through contentious gun control legislation, the Liberals 'are going at some of the guns used to do it.' In a year-end conversation with CTV National News' Omar Sachedina, airing in...

Bandit, maybe you can explain to Mark Serbu how his pen gun (watch VIDEO) made it to Canada's illegal arms list? Apparently it was never offered to the public and is an NFA item or something like that. I would like to know, too. 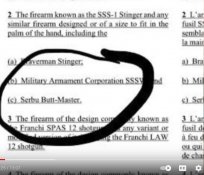 Bobster said:
Bandit, maybe you can explain to Mark Serbu how his pen gun (watch VIDEO) made it to Canada's illegal arms list? Apparently it was never offered to the public and is an NFA item or something like that. I would like to know, too.

We know '1 of 1" just goes to show how messed up the "collusion/collaboration" the 2 governments/anti gun groups have with each other. to the point where they do not allow the "NRA" in Canada, "imagine that" 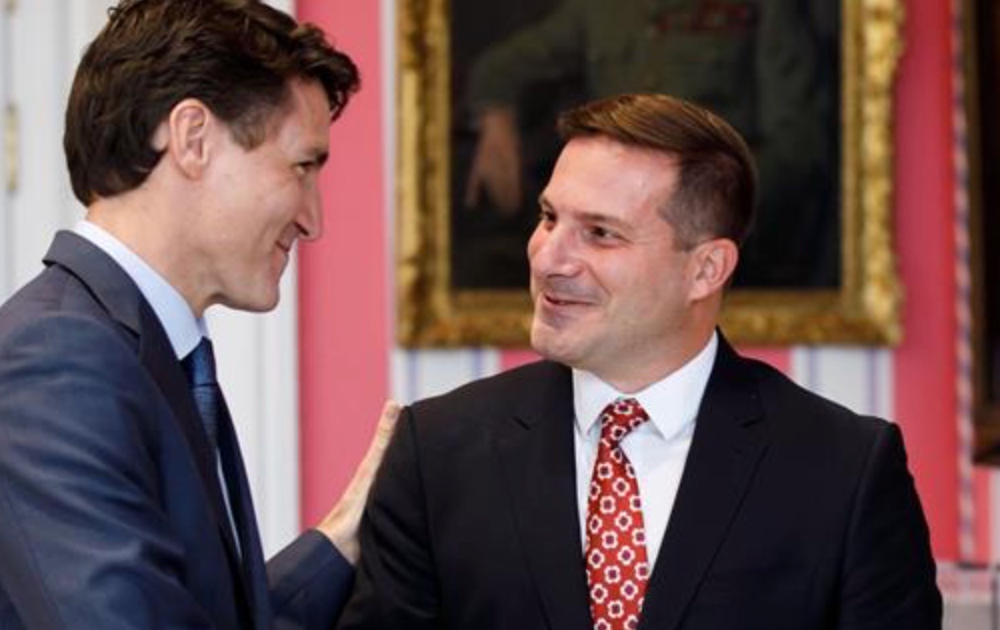 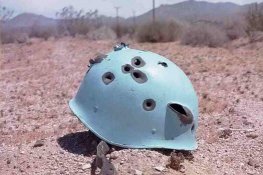 Staff member
Administrator
Global Moderator
^ Bobster, that was the same exact picture that came into my mind when I read it as well.

I realize that there has been a lot of hyperbole over the decades from people thumping their chests and talking big that would just bend over and take it and ask for more.

However, there is another large group that keep the government up at night. How many times have you heard the words "extremists"? "Far right?" "Domestic Terrorists?". They tried to get ahead and use psy-ops and label and discredit anyone that would act out against them.

These men were considered domestic terrorists in their time and the penalty was still death when the British government tried to take arms the first time. The sting of confiscation was still very fresh in the hearts and minds by being a recent memory when our Founding Fathers enacted the 2A.

The government tried to take their guns.

They went to war and shot them and defeated the best military in the world at the time.

John A. said:
^ Bobster, that was the same exact picture that came into my mind when I read it as well.
Click to expand...

I think that picture is over-used, but it came to my mind also, so I posted it.

I believe with the high level of marksmanship in the US, the helmet will be more of a "bucket", if you catch my drift...
1

Just more 'smoke & mirrors' to keep the 20-30% Liberal city voter base that wouldn't know the difference between a Remington rifle and a Remington typewriter.

Back in Aug 2020, the Trudeau government invited 15 of Canada’s largest accounting and consulting firms to submit proposals to run a program under which gun owners would receive tax dollars for firearms banned in the enormous spring crackdown. Not one firm applied.

Among companies such as Deloitte, Ernst & Young, IBM, KPMG and Pricewaterhouse Coopers there wasn’t a single company that could satisfy Ottawa’s requirements to run the “buyback?”

Indeed, a senior source at the Ministry of Public Safety told me that far from there being no “successful bidder,” there were no bidders at all.

None of the invited companies took the bait. My guess for the reason is overly complicated rules and a budget for payouts that was too low. No company wanted to be in charge of a program that was impossible to administer and insufficiently funded. 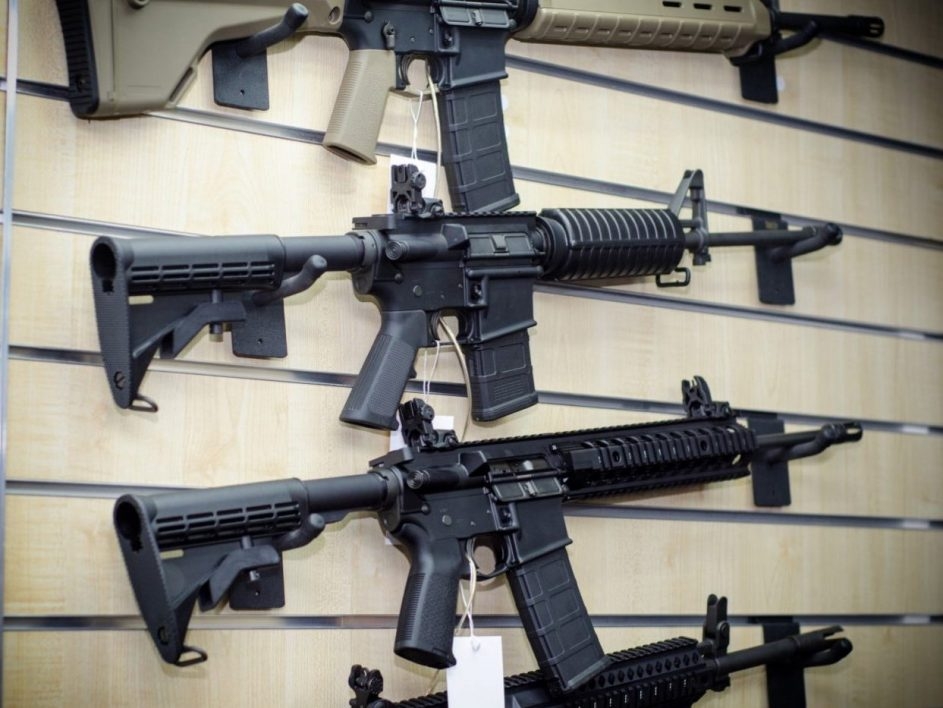 It’s just amazing. Those people want the freaking moon and they want it for free. Then they want a tip for taking it down out of the sky.

Turdo is going to get more smuggling, more cheapo illegal guns, more law-breaking, and more of what Canadians say they don’t want, and all for trying to curse the honest Citizen gun owner.

I have an open offer to any my Canadian brothers and sisters here that if you can make it down to FL, I will help you find any patriotic devices you wish to acquire.
1

Happy New year everyone I hope you and your loved ones are all well.

So the latest is the "Fiberals' will be going ahead with a BB even though they have not; 1. revised a pricing list for said firearms/let alone the equipment. 2. they have no one to do the confiscation. They will start their "confiscation' on the east coast of Canada (PEI) Where there are no big city gangs or criminals! 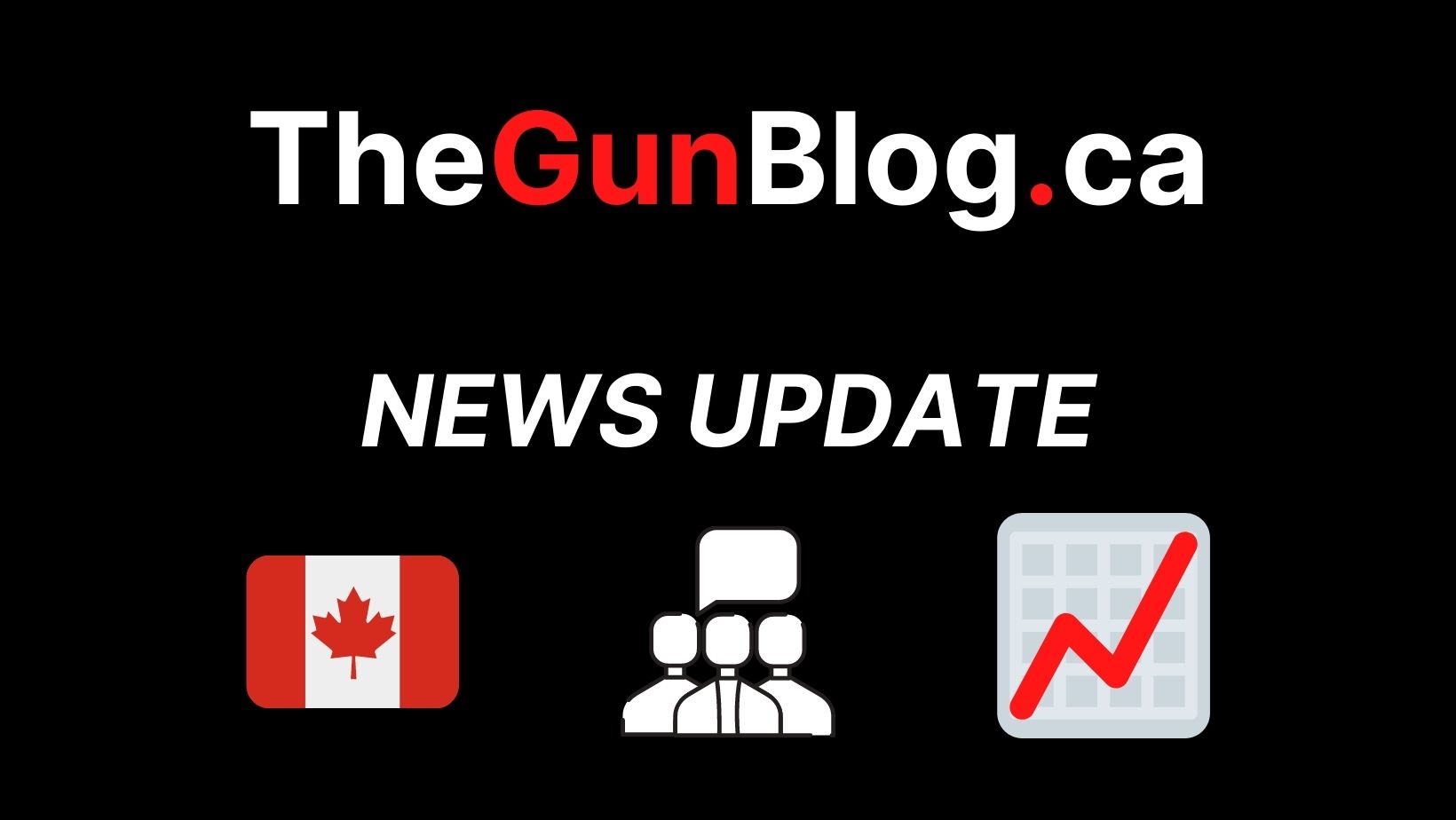 TheGunBlog.ca — The Liberals and RCMP hoped to use government-licensed gun owners on P.E.I. as guinea pigs to test their confiscation tactics before going national, according to a government briefing made public two weeks ago.

Number of individual firearms licenses held in Canada in 2020, by province or territory​ 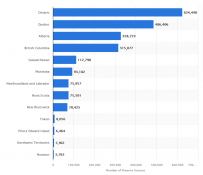 Here is the PDF.
Go to page 22 of the PDF for the data on PEI being the pilot for the buyback confiscation program.

BB this!
Gun "Buyback" Plans Revealed For Canada: First Prince Edward Island, Then Everyone Else

"Assault ban" is a lie here's the proof​

As I understand it, Prince Edward Island is already struggling pretty hard financially. They won’t have the resources to fight this.
1

CaddmannQ said:
As I understand it, Prince Edward Island is already struggling pretty hard financially. They won’t have the resources to fight this.
Click to expand...

Prince Edward Island is a welfare Province with no GDP and a Red province that recieve a lot of "Transfer payments from Alberta" as many provinces do because of Alberta's vast resources., I am not surprised that they would start there.

Every firearm owner that is in possession of the 1500 models/variants of the AR15/10 are covered by a "amnesty period" until Oct 2023. So in reality they do not have to turn in anything as the court case is still in front of the judge. These gov dolts do not even have a entity to collect said firearms, they still haven't "revised the low ball price list" yet they are moving forward. All optics as there are rumors of a Spring/summer election.


The AR15 is registered in Canada RCMP know who has those, but the AR10 is not "registered" and the RCMP have no clue who owns those.