835 as a home defense shotgun

I am on my second 835 that I modded into an HD shotgun. The first one got traded off for a nice S&W revolver a while back. So when I found another real nice 835 for $200.00, I snapped it up. This one came with wood stocks. I have a set of the synthetic stocks for it, but I am liking the wood for now. I threw on my 18" riot gun barrel (Cylinder bore) and the mag extension I had made up for my first 835. Now all I got to add is a rear sling swivel and I will be in business..... 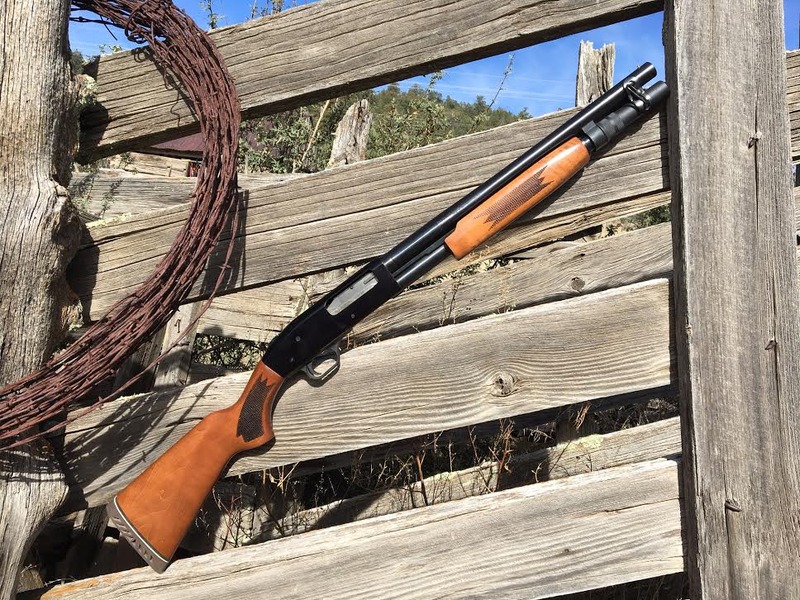 No, they only come with a fixed cylinder bore choke. These barrels are not listed on Mossberg's website, you have to call them to order one.

Global Moderator
Sponsor
Moderator
If you're looking for a shorter barrel with chokes, mine is a 20" and came with one ported tube. I believe those can be ordered from Mossberg too.
K

just got 18.5 barrel for a gun just like pic above...
got the gun just after they came out so long ago...
? is where is that mag extesion from?

? is where is that mag extesion from?
Click to expand...

The mag extension on my 835 came from a member on another board (max100) who was making them for a while. He ran into some issues with production and delivery, so he closed up shop. I believe that Choate makes a mag extension for the 835.

I inherited an 835... it's my first shotgun. I really don't have any plans to hunt any kind of bird, so I decided to convert it to a defensive/tactical setup. The first thing I learned was that the Accu-mag barrel couldn't shoot slugs. It wasn't really a deal killer for me, but It was something I wanted to have the option to shoot - so I called up Mossberg and they told me they make a "Defender" barrel for the 835. 18.5", bead sight, fixed cylinder bore and chambered for 3.5". I added a +2 extension from S&J hardware and took the half-blued, half-mossy-oak frankengun out to test.

The gun shoots great with Federal #1 buck with the flite control and Federal's complimentary slugs, which meet with DocGKR's approval and would cover any of my needs. So it does all that I would want it to with a quality ammo I can source fairly easily.

I don't especially care for Mossy Oak or any hunting camouflage and had an odd looking gun, so I bought a couple of cans of rattle for it and painted it a two-tone grey. I added some industrial strength velcro to the receiver and stock to attach some shell cards, which required trimming back the forend so it doesn't overlap the receiver. I have an old red dot lying around I plan to put on it at some point because my eyes aren't good enough for a bead sight anymore. Down the road I plan to put the Magpul furniture on it, which of course requires an action tube, and then I'll finish off with a white light and a decent tactical style sling.

The pic is right after the paint job and before anything else was added.

That is a good looking lead slinger for sure!

Global Moderator
Sponsor
Moderator
I like that a lot!

What color grey did you use on the metal?

That turned out great!

It’s a Duplicolor Engine Enamel I picked up at the local Home Depot/Lowes.

What color grey did you use on the metal?
Click to expand...