Moderator
"Philanthropist"
There is a .357 Magnum Handi-Rifle at my house that I absolutely love to shoot. The 140-gr cast LSWCs I make are as cheap as shooting a .22 rimfire and are accurate enough to hunt small game with. And there is no leading at all when loaded to 1000-fps.

BUT.... the chamber is actually so long, with a TON of freebore, that there is a lot of bullet jump. The chamber is, if not intentionally, a .357 Maximum chamber.

Here is a photo of a Starline .357 Magnum case with one of my Hornady 180-gr XTP double-cannelured bullets. I took the photo AFTER I fully chambered the dummy round, and when I opened the rifle action the dummy cartridge easily popped out by the extractor alone. I know that the bullet contacted the rifling. I did this several times with repeatable results.

So, I'm going to start making some whompin-stompin heavy .357 MAGNUM loads using 2400 (or AA 1680 if I can get my hands on some) because I really think that I can push the .357 Magnum data far beyond the pistol or rifle data in my manuals. I'm thinking of starting by using the upper end of Contender load data and seating the bullet out pretty far.

Thoughts?????? Maybe .357 Maximum loads using Magnum-length cases and seated real long? Seems that there oughta should be an order for some .357 Maximum brass!

Supporter
"Philanthropist"
Jesus that chamber is long…….you think the action and materials used in the action are up to Contender specs ?

I have a .357 Maximum Handy Rifle. I will try to check the chamber with a magnum case and dummy round to compare with yours. Do you have an empty max case to see if it will chamber? It should hit the shoulder short but........... :shock:

I am guessing your chamber is right. I tried to get a 200 grain cast bullet (biggest I had in .357) to touch the rifling out of a 357 mag case. It would not. I then took the same 200 grain bullet in a 357 max case and the results are on the right. My guess is that NEF just put a lot of throat in the barrel to keep pressure low even with heavy bullets. The max case is on the right with the bullet at the contact length. The silver case is the 357 mag. Hope this helps.

What a great post. Thank you! Amazing that you (or anybody) can get right to the details like you did!

I'm expecting an order of .357 Maximum brass to come in this week.

This Handi-Rifle is so lightweight yet with the 357 Maximum it will hit like Thor's Hammer and recoil very little!

You're welcome and I am glad it helped.

I even shot some 38 special rounds from my 357 Max and it was accurate and really like shooting a 22. I haven't shot it for some years so I will have to get it out now that we are talking about them. Good luck with yours and I hope you enjoy!

I've taken nitesites lead and also load my loads for the 357 handi rifle long and with extra powder too. With some of the bullets I've tried out, are in the 1850 fps territory.

John A. said:
Wow. I never knew this topic existed.

I've taken nitesites lead and also load my loads for the 357 handi rifle long and with extra powder too. With some of the bullets I've tried out, are in the 1850 fps territory.

John, I consider you a genius in the gun world. You know stuff, and do more interesting stuff, than I can ever even dream up. I mean that seriously.

Staff member
Administrator
Global Moderator
That's flattering, but that's not exactly true. None of us are beyond learning something.

There was a time a few years ago, I was pretty green with reloading. You not only took the time out of your life to explain things to me, you have given me a few components to use to help get me started and you've taught me a lot too. And for that, Thank you!

Advantage of digging up bones

Moderator
"Philanthropist"
I had never heard of that cartridge, but I bet it ROCKS! Also, that is one nice Contender.

Why are the scope rings so tall?

John A. said:
And for that, Thank you!
Click to expand...

You know that you are most welcome my friend. Man the things we could talk about and the stories we could tell if we ever got together.....

Staff member
Administrator
Global Moderator
No doubt. Our wives would probably have to call the law on us to get us to settle down and quit being so rowdy.

gemihur, is the walnut furniture on the pistol factory or did someone make that? I really like walnut, and being on that stainless gun looks great.

Answer: a longer window of acceptable trajectory
(+/- 4" to line of sight)

I made the walnut furniture on the 444 marlin contender.
It's nice and adds some mass to detent recoil a bit.
I like working with cherry too
Here's a very comfortable setup using a 44 mag Bbl 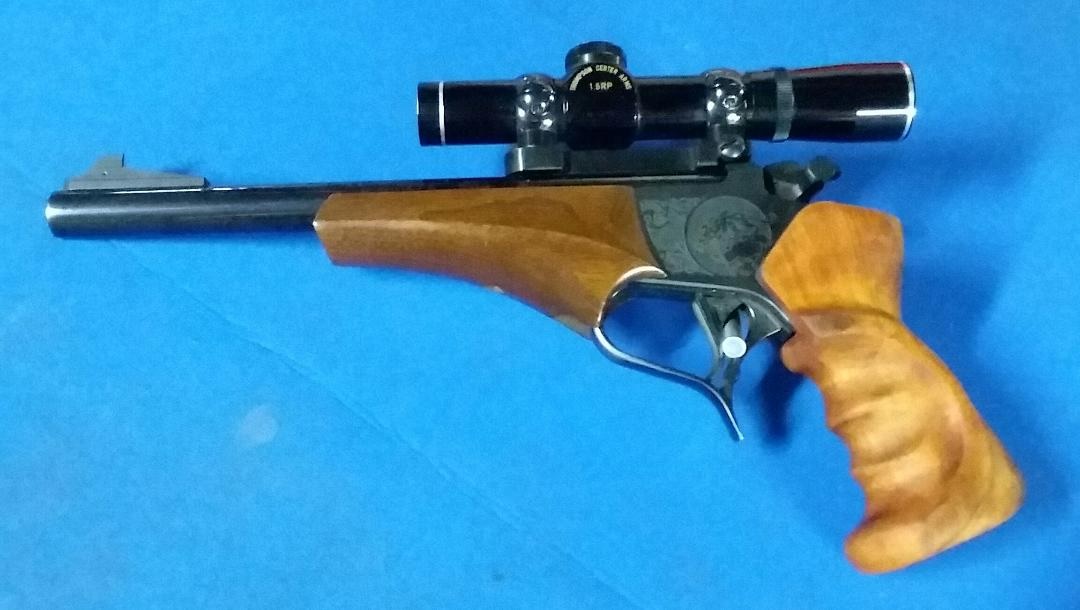 Staff member
Administrator
Global Moderator
You did a really great job on that !!!

Thanks, I appreciate your perspectives. Always have something in the works.
Taking my thumbhole setup in 30 Raptor out in the morning. 30 cal bullet+204 Ruger brass
Whitetail watch out! 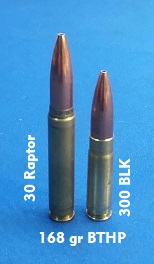 Staff member
Administrator
Global Moderator
You have some very impressive rifles for sure !!!