"Philanthropist"
What the hell is wrong with these looney liberal mayors. They are promoting total chaos in the streets.

Supporter
They'll backtrack on it soon enough... right after they realize that without police, there's no one to enforce their goofy gun control laws..

"Philanthropist"
Seems all these politicians have their own pet social projects to spend the "saved" money on but I haven't seen any of them offer one concrete alternative to replace law enforcement. What's next the morality police? Or call your friends snd neighbors if your house is broken into?

Guess the city dwellers will soon realize what we "country folks" deal with every day. Our county, at night has two deputy sheriff's on duty and their response time, depending on where they are, can be up to an hour.

It's response time is measured in feet per second!

Moderator
"Philanthropist"
Fire, EMS, paramedics and Rapid Response/VFD don't go "IN" until their scene is safe when it is a sour situation. Same with Child Welfare and Department of Human Services. Who exactly does what is requested by these people to provide them the safety clearance they want? An officer goes in first with bravery and a gun.

"Philanthropist"
Imagine working in a 24 hour gas station or convenience store with no police. Same for owning a jewelry store, or working in a bank. Liquor stores and gun stores would also be prime targets. Just going to the mall or grocery would take on a whole new meaning, let alone driving on city streets on a daily basis. Living in the inner city would most likely become a war zone involving gangs fighting over turf to sell their drugs.

Most of these protests have had very small numbers of participants when taken into context that we have somewhere north of 325,000,000 people in this country. A city like Minneapolis would have an area of Sharia law, another area controlled by the likes of the black panthers, and what was left by either an extreme left or extreme right group. It would be like living in Mogadishu.

The pandering the left has stooped to is beyond lunacy. The silent majority needs to step up right now and remove these idiots. Recall and replace them.

I've been watching interviews with members of the Minneapolis City Council and here's what I'm hearing....

"We'll we said 'dismantle' but that would take years and we didn't really mean, you know, get rid of them all the way."

"We said 'defund' but we didn't mean totally defund."

But hey, Minneapolis is a well known leftist haven.

And the response: "You are a racist!"

I gave the person a link to the FBI national crime stats and invited her to read them for herself.

"The FBI is racist, why should I trust them?"

And I just said, "Well, ok, you get rid of the po-po up there and get back with us in six months and let us know how it is working out for ya'll."

Here is the way I would handle it.

Voice from the Crowd: Defund the police! Send them home!

Mayor Scoop: There may be some merit to that. It is important to find out what the results of that will be before we dismantle the whole police force.

What I propose is to prohibit the police to serve one neighborhood as a test for 3 months. If that turns out well then we will pick out one more neighborhood for the next three months.

Which neighborhood do you want to start with? If it is yours, send me signed letter. The neighborhood with the most votes gets the first shot at defunding and freedom from the police.
Last edited: Jun 9, 2020

We would need it for sure. 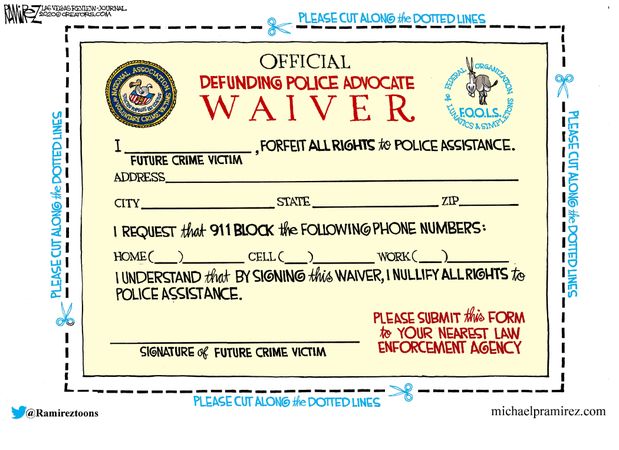 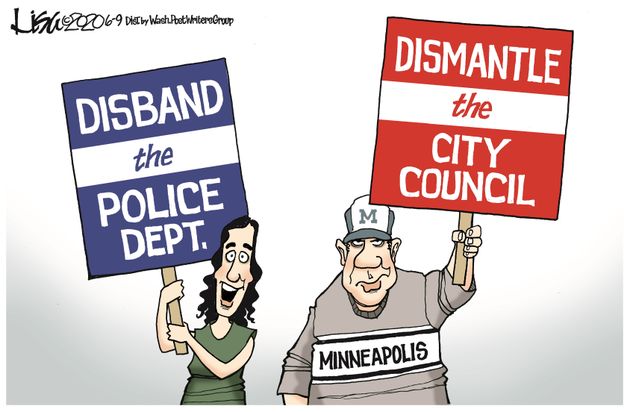 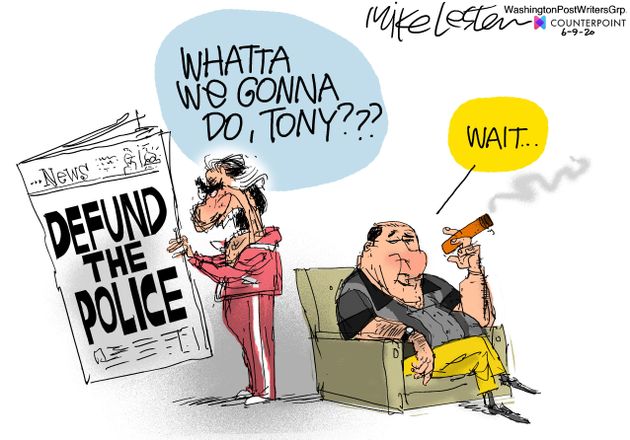 meanstreak said:
What the hell is wrong with these looney liberal mayors. They are promoting total chaos in the streets.
Click to expand...

Liberal love chaos because chaos leads to control and Liberals want to control every aspect of our lives!

"The Party seeks power entirely for its own sake. We are not interested in the good of others; we are interested solely in power, pure power." -George Orwell / 1984

"Philanthropist"
I remember reading 1984. It seemed so far fetched at the time, then one day it started happening. The irony is people not only accepted the changes, they actually embraced them.

Now we are tracked everywhere we go, are under surveillance most of the time, and families and neighborhoods are divided and pitted against one another.

Individuals forfeit (taken away) freedom and liberty for the "common good".

The level of propaganda is amazing Meanie. We make the Nazis look like a Sunday school with modern 24/7/365 color news feed of the correct thoughts.

I think the current crop of black leaders are only interested in making white and black people afraid of each other, and collecting their cut of whatever funds/publicity/commitment they can extort form the government by waving around the prospect of mass violence. The media rewards them for this behavior, the same way they reward mass murders: with equivocation, doubts, and free publicity on TV that costs a fortune to produce.

The result? Riots-on-demand, as some violent reprobate addict, killed under restraint during a drug induced dementia, is acclaimed St. George and given a king's funeral with antique livery. How can this be?

Humans operate in a series of historical booms and busts. Things have to pile up before we take them seriously, and then it can be to late.

When they built the X-15 they found out it was too touchy to be piloted by a human. Corrections always came too hard and too late. Boom and bust.
To fly rockets around we had to develop systems that could do it for us. Systems with appropriate responses.

Fredrick Douglas knew the answer almost 200 years ago:
govt must keep their cotton-pickin' hands off of people's lives and let them figure it out as they develop to be themselves. Don't try to map out their lives and fortunes. That is between them and their God.
Black, white, or whomever, government meddling was never going to work out for anyone but greedy abusers and carpetbaggers.