For those already well into reloading...

Are components becoming easier to find and within reason on cost? I've been considering starting shotshell reloading, but when I see the current availability and cost of components, I just can't pull the trigger (sorry for the pun). .4 cents a piece for 209 primers...if you can find them? Then the powder and the wads? I have old hulls and even projectiles...but d*mn.

Moderator
"Philanthropist"
Boy, if 209 primers are just four cents apiece that would amaze me.

When I got into shot shell reloading, I stuck with Remington STS hulls which are the best, and a bag of shot was under twenty bucks. Now a bag is over twice that much.

Powder is becoming a bit more available which is good, and wads (I used Figure-8) have never gone up in price from ten years ago.

I guess the cost of primers and shot will dictate whether it is time to start.

Staff member
Administrator
Global Moderator
Primers and powders are the main cod-lock in reloading right now. In that order.

If you can find 4 cent primers, jump on it. That's about half of what you'll find pistol and rifle primers for.

You can probably find wads pretty easily. I haven't really looked in a while because I bought a bunch probably 6 or 7 years ago that I'm still using up so I'd be a little surprised if you wouldn't be able to find any.

I second nitesites recommendation of trying to use remington smooth shells. They can be reloaded a bunch of times. And work well in various guns due to being smooth. And the figure 8 wads are what the factory uses, so there's no issues with fitment.

Though, I have used a lot of other style wads too. Winchester and federal.

Another all time favorite for buckshot are the hornady versalite wads. Those are my #1 pick for patterning buckshot. They tend to do better for me out of virtually all my guns for buck. Don't know what it is about them that jives so well for buckshot? But, they do well.

What brand of hulls are you going to be reloading? I can look at my recipes and see which wads and stuff that I'm using to maybe help narrow down your search

Hint: if you're mainly going to be shooting a particular brand, if you are wanting to mimick factory loads, it's easiest to stay with the same brands. And most have generic options too. Claybuster and Downrange to name two and probably others as well. So, don't get hung up on the name brand. A figure 8 wad will be close enough no matter the name on the bag.

I haven't loaded any imported shells like fiocchi and centurion and such, so I don't know what wads may work best in any of them.

Moderator
"Philanthropist"
I agree with John about the Claybuster wad brand. They are really good.

@Tom396 , if you assemble some powder and shot and primers, shoot me a message and I'll send you a bunch of once-fired Remington STS hulls and some Figure-8 wads. Those hulls can probably go a dozen reloads each.

Also, the black hulls from Remington field loads (12-ga) use all the same load data and the same wad as their premier STS hull so pick 'em up if you find them. They are each good for about five reloads and perform almost identically, they just don't use the same plastic but the base is similar.

Staff member
Administrator
Global Moderator
The gold nitro's work well too, although a lot more scarce to find in my area.

If you see the blck, grn, and gold shells on my gun:

But, that's just my color coding method since I typically have all 3 at any given time. It's just how I do it.

BTW, unless you find really old Winchester AA hulls, for years the AAs have been pretty shitty because they are two-piece and will eventually separate.

Remington made some really crappy firearms during the past 15 years but their shotgun ammo has been top-tier.

For what I expect a shotgun to do, Pretty much any shells and wads will work. I’m not trying to catch birds on the wing.

But if I catch a looter in my shed, Well, as I said, any wad & hull combo will work. I just have to take care not to overpowder anything. I am so picky about that I weigh every shell before and after powdering.

But I am hoarding my last few boxes of primers. Maybe I will buy some brand new hulls just for the occasion of using them.

I do have a bucket full of hulls to clean and reload if I get the notion.

CaddmannQ said:
I do have a bucket full of hulls to clean and reload if I get the notion.
Click to expand...

Cadd~ I have never cleaned shotgun hulls that I picked up. Of course, they were just fired and were not full of water or mud. I don't even clean the exterior. Those that were full of dirt I would just skip cuz they would not be worth my time and effort.

cheddite primers. A little expensive, but not any worse than anywhere else. $75/1000

John A. said:
IN stock notification.

cheddite primers. A little expensive, but not any worse than anywhere else. $75/1000

7.5 cents each for just primers? I mean, I can currently find complete .22lr cartridges for 7.5 cents each. Just saying. Take care. Tom Worthington

209 primers have always cost more than pistol or rifle primers. A lot more steps and raw materials go into making them and packaging them.

Staff member
Administrator
Global Moderator
Yeah, it has been the going price since puddin' head cheated his way into.... I mean, was inaugurated.

If you're waiting for $30/1000 primers, I'm afraid you'll quickly realize that's not going to be happening in the foreseeable future.

Staff member
Administrator
Global Moderator
Got another instock email. Some Cheddite 209 shotgun primers in stock for $75/1000 if anyone is needing any.

Here's some hornady versatite with double ought lead 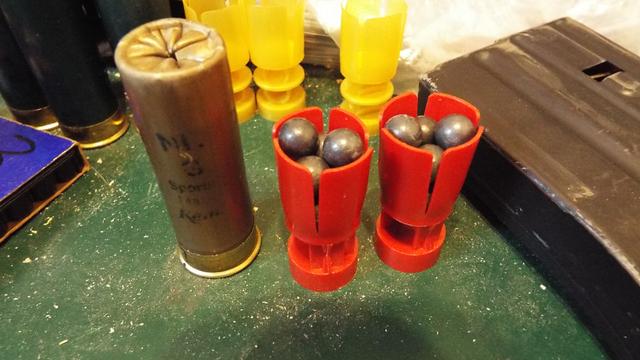 Here's some downrange wads with a 1oz cast slug 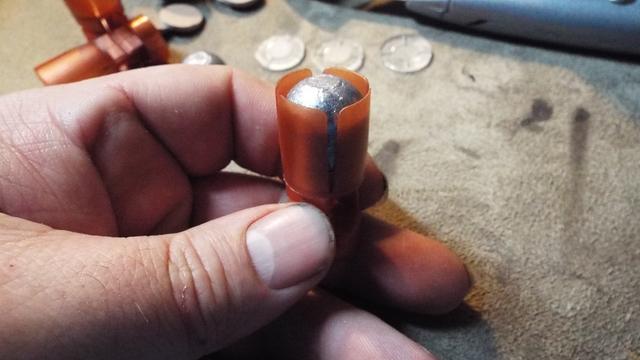 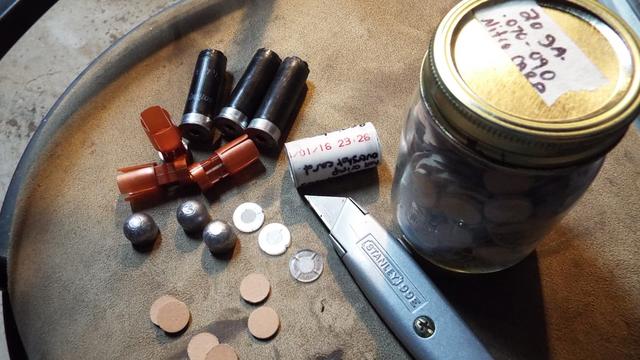 Reloading is fun. You can go from mild to wild. All depending on what you're wanting to make.

John A. said:
Reloading is fun. You can go from mild to wild. All depending on what you're wanting to make.
Click to expand...

The "fun" we can make (legally) here is FL is limited. Flechettes used to be fairly inexpensive on debay for a bulk pack.