Sponsor
When we set out to design a shell caddy for slugs, buckshot and high-brass loads, we were focused on meeting a need for a mindset-specific way of running mixed loads with shotgun. We intended to machine a few caddies for our own use and leave it at that.

Here is one of the first 12 Gauge prototypes that we've run in countless matches around the state: 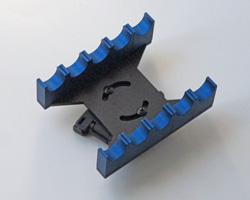 This became the basis for our 12 Gauge Multi-Use version. Each component is machined from 6061 T6 alloy and anodized. Each bracket is modular in positioning and secured with two 18-8 stainless screws that are finished in a Black Nitride. 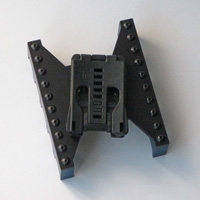 We've since updated the original design and skeletonized the entire caddy for our Competition version. The caddy (without belt mount) weighs less than the weight of the shot shells each configuration can hold. They are sold with a Blade Tech Tek Lok and are also compatible with the Safariland ELS system among others. 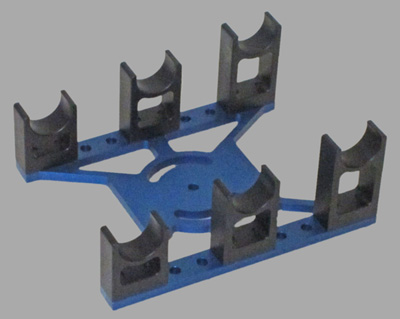 What makes our caddies different? Rather than depending on flexibility in a plastic shell bracket to provide retention, the caddy is solid ALLOY and relies on flexibility of the shell hull itself for release. No more tolerance stacking, so the release is more uniform and the retention can be lighter.

While they will perform the task of holding onto your shells, it won't be for dear life. There are no spring loaded catches, temperature sensitive composite clips, or non-intuitive release techniques involved. These are simple, rock-solid shell holders. You can run with them and not lose shells, but you can't body check a stage prop or throw yourself prone on the ground without expecting to lose one or two. The holders will however, release your shells with a simple grab. This is a tremendous benefit to new quad/twins loaders and seems like a fair compromise, right?

The expanding line of Premium Shell Caddies is available now at our site: