Lets see what mounts everyone has and tell a the story about why you wanted to mount it.

Let me start.
I was duck hunting on the last day of the season. It was a clear blue cloudless sky so not many birds where flying in shooting range. Me and my buddies where just chit-chatting back and forth. For some odd reason I decieded to look back behind me. As I did, I saw this big pin-tail flying right at me. By the time I was able to pull up my shotgun (mossy 500) up he was already pass me and about 35-40 yards away. I shot one time and folded him up like a napkin. My buddies never knew I was shooting at the bird so it scared the crap out of them. When the dog brought him back to us is when I saw the long pins on this pin-tail. This was also my first pin-tail I had ever shot. My buddy was the one suggested that I get him mounted since it had some long pins, and that his wings did not get messed up from the shot. So I tucked he head under one of the wings and put him in my blind bag, that way he was protected.
So here he is. (not the greatest photo)

I've had some skins tanned but I've not taken any game that was big enought or in good enough shape to be mounted.

Staff member
Administrator
Global Moderator
I have only had 2 animals mounted.

The first, was a 5 LB, 2 oz smallmouth, although I no longer have that one so I can't take a picture of it unless I find one that shows it in the background somewhere.

The reason it was important to me, it weighed an ounce more than my oldest son when he was born. (premature).

The other is a fox squirrel. It was my first fox squirrel and I have only seen 2 more in my area in my entire lifetime of hunting, so they are rare here. It was actually bigger than it turned out because he ordered the largest squirrel form they could find, but it was still not big enough, so they ended up taking a lot of the girth off it where they cut it down the back when they sewed it on.

I dropped it out of a big old pine with the 16 gauge stevens single shot that my Dad gave me and I got it at my families property.

I stopped and spoke with my Uncle before I went hunting and was joking with him that I was going to kill a fox squirrel that morning. He kind of looked at me with a raised eyebrow and was ribbing me pretty good about it, but his jaw dropped when I stopped back by afterwards and pulled it out of the back of my vest :shock:

It was the first fox squirrel I'd ever seen while hunting.

Global Moderator
Sponsor
Moderator
I missed out on a trophy pheasant... I fired too low, Allison was too close to back me up and the pheasant was subsequently taken by another group of hunters. Although my dog flushed it to us and their dog didnt pick up on it.

That was intended to be my first mount. Oh well, theres another season coming eventually!

I just picked up this mount yesterday! The first picture is it dead in the woods in December. Now, it rests on the wall of my parents family room, I didn't want to have it with me as I'm constantly on the move. When I get my own house it will come with me. It's an 8 point with a 18 inch spread. Not real high, but man do those antlers have mass! I shot it with my Smith and Wesson M-1500 .243 Win, not quite a Mossberg, but mossberg also sold this rifle back in the day... 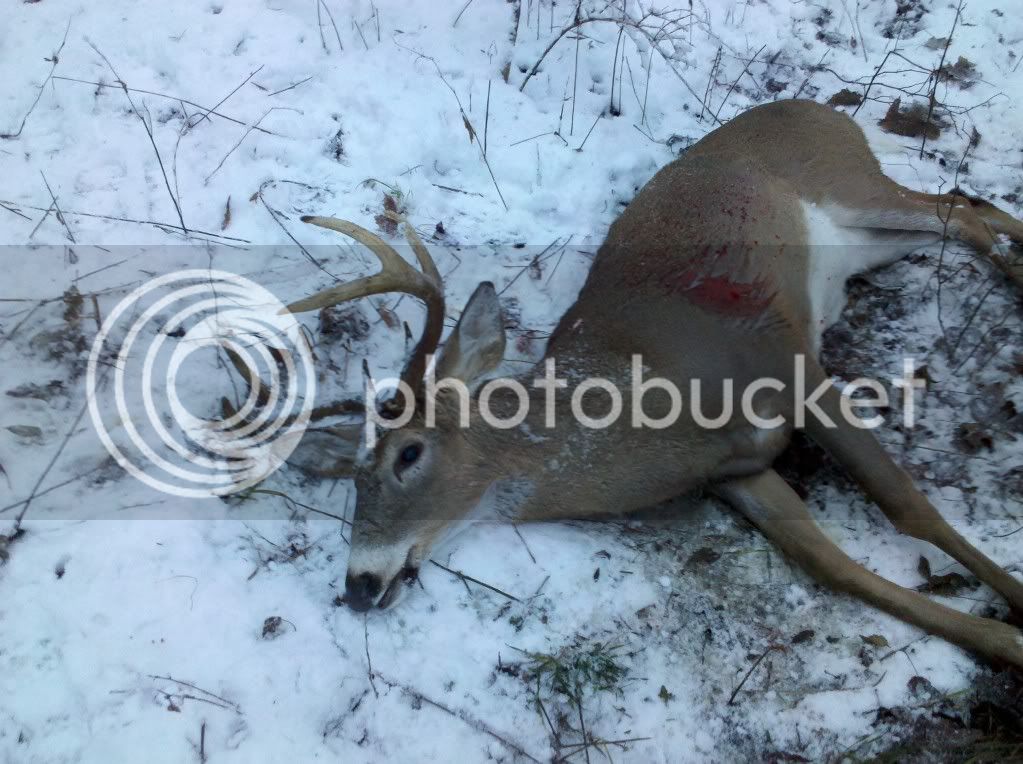 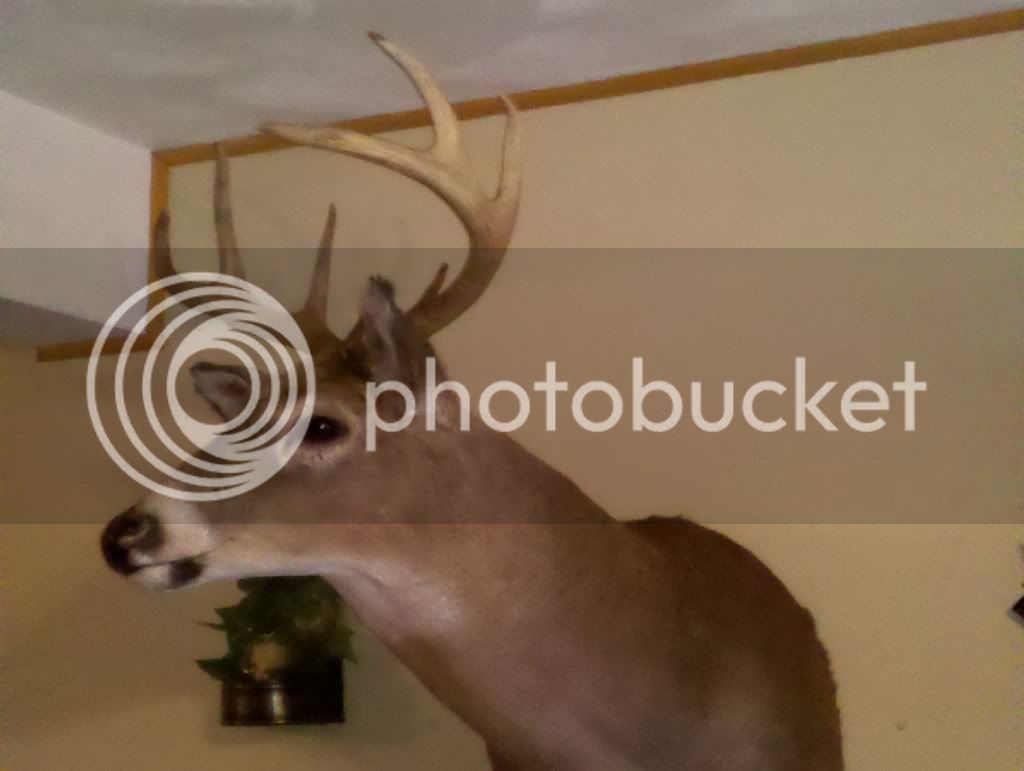 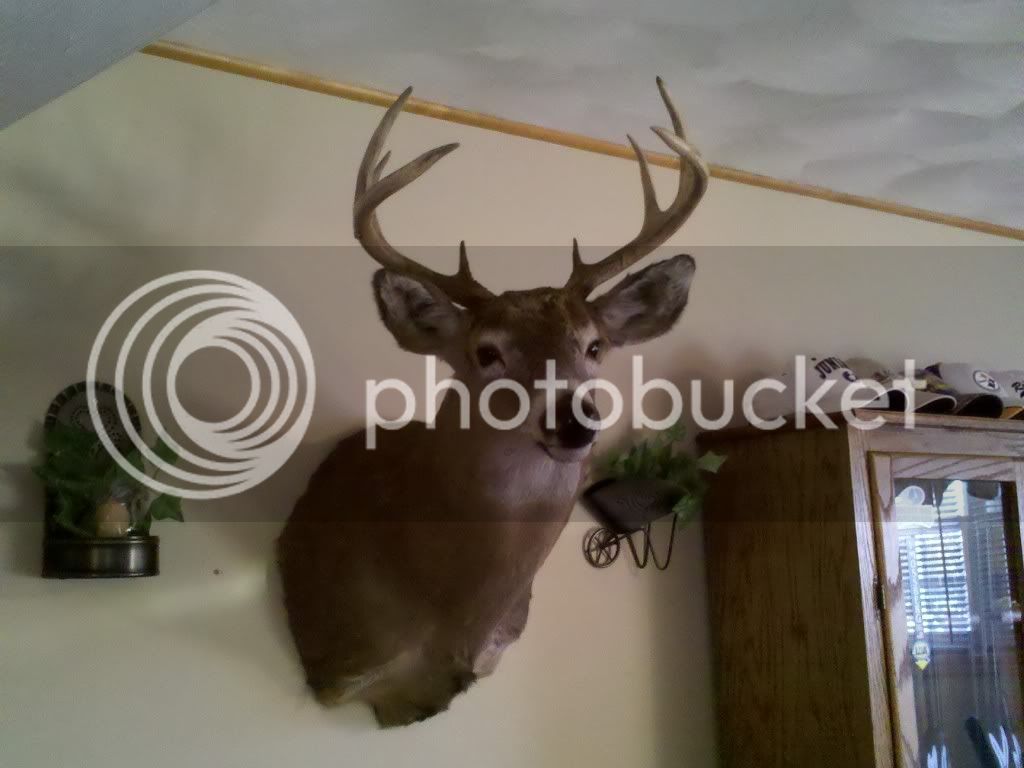 This is my squirrel I shot about 5-6 years ago. I shot it with my dad's 835! That gun got me hooked on Mossbergs and now here I am! This was a nice fox squirrel, but it was also my first fox squirrel. I killed 2 more that day, but this one was about as big as both of those together. The tail is a little befuddled as this was a 2-shot kill. 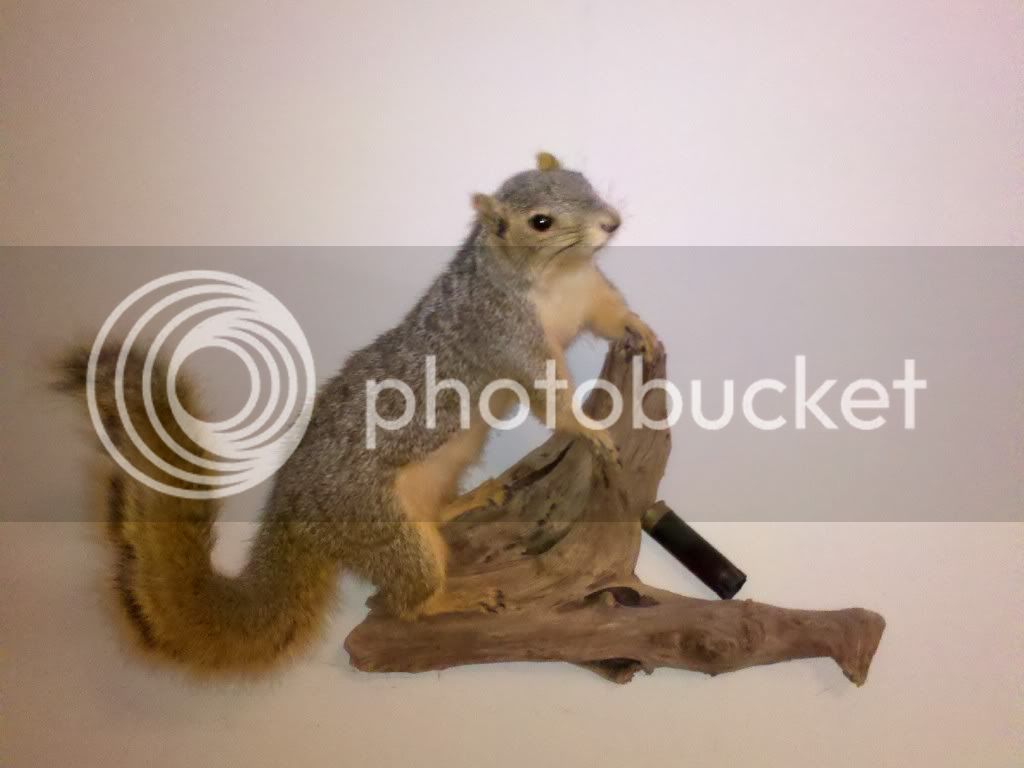