Been a while since I last visited here, but yesterday I ran across what I thought was a good deal in a used 935 camo waterfowl shotgun with a BlackCloud extended duck choke added. I believe it was made in 2016 according to the serial number. I found the bolt was sticking somewhat, so I disassembled and cleaned the forward portion of the gun. I took some fine steel wool to a rough portion of the right side of the bolt slide groove that smoothed it out. The bolt slams closed now as it should. I made the mistake of taking the forward screw retainer out from the gas port and discovered there is a very stiff large coil spring that shoots the screw out past the threads. However it appears that it was never cleaned or removed before and the screw was stuck pretty good before I ever got it to turn out, but it did. However, I could not mash the screw down by hand to put it back together. I had to use a C-clamp (w/rubber pads) to hold the screw down to press in the spring so I could tighten it into the threads with the end of a pair of scissors. It worked and I got it back together.

I would still like to punch out the trigger assembly and clean the spring in the stock to make sure they are clean and lubed. I also would like to install the drop shim kit and maybe remove about a ¼” from the rear of the stock behind the butt pad if possible to reduce the LOP. I hope this shoots and cycles OK as I am a fan of Mossberg shotguns in general.

Global Moderator
Sponsor
Moderator
I like it! Hoping to hear its in good working order too!

I would still like to pick one up a used one at a decent price.

I'm sure you know that the Waterfowl model has stainless steel springs inside.

I added the 1/4" drop shim set to the stock, which put the drop just right for me. However the shim kit added about an 1/8" or a little less to the length of pull. I got out the file and electric belt sander and was able to take about an equal amount off the rear of the plastic stock. I also had to remove about an equal amount from the back of the recoil pad numbs around the screws that allowed the pad to fit back into the stock as originally setup. I may go back into it and take another 1/8" off the stock & pad, but that would be the limit I think and still get the original recoil pad to fit in the stock without major alterations. I did pull the bolt spring out since I had the stock off and it was pretty clean. I have yet to have a chance to take it out and shoot it (sux to live in the city) or spare change to buy some 3.5" test shells. 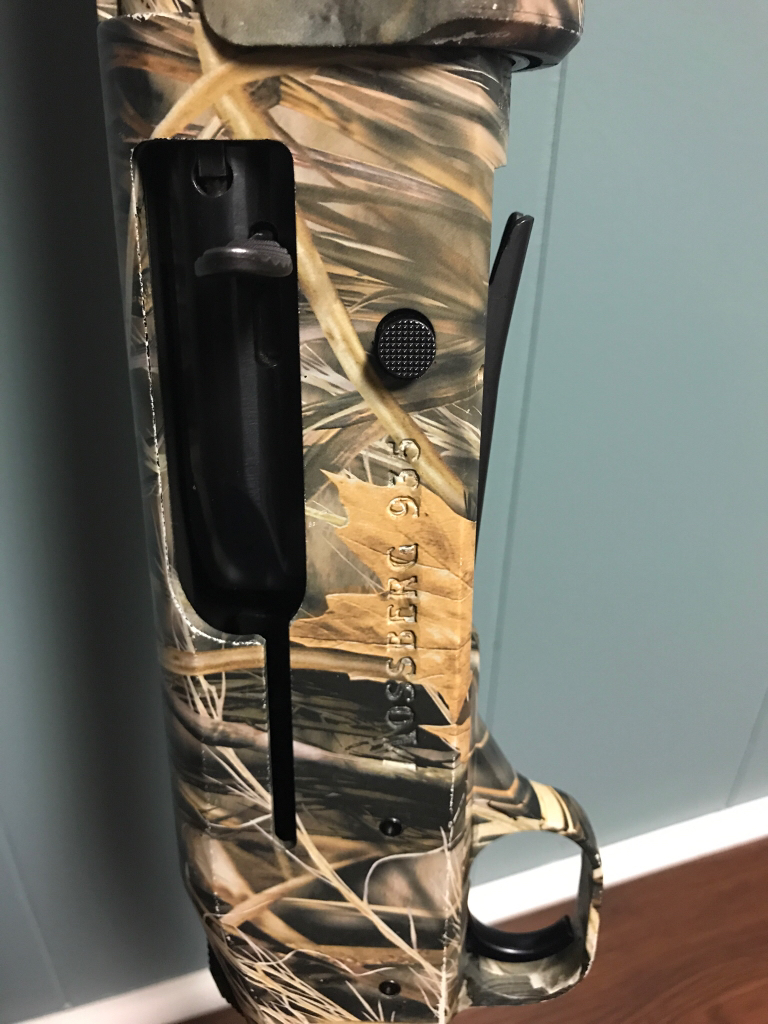 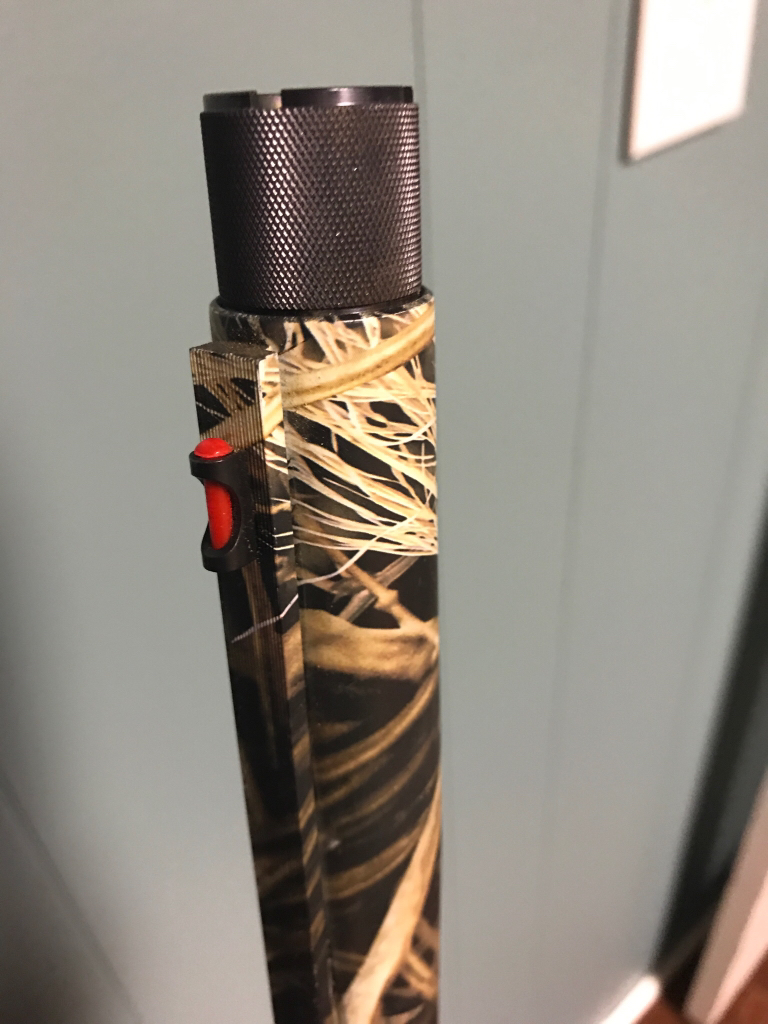 Nice looking 935. I love mine I have done some mods to mine. I highly recommend you consider doing OR3GUN Marine Spacer and the OR3GUN Field CSP/ASR combo. I have the every OR3GUN has in DarkEarth plus OEM Mossberg Oversized charging handle.

Cool looking duck head on the stock. I looked at the OR3GUN website and that is an interesting upgrade. Will those tubes fit a 935 as well as the 930 (same size)?
S

The duck head is just the DU logo decal trimmed out