Someone needs to get their C&R License and we all can bask in the Glory of Mil-Surp lol
That's a great looking piece, Mingaa! How does she shoot?
Hand Picked is hard to get these days. The LGS usually wants to just hand you whatever they grab first and not worry about it. Unless you are a regular, family, close friend, spend a crap ton of cash there. <-- Or Super Regular 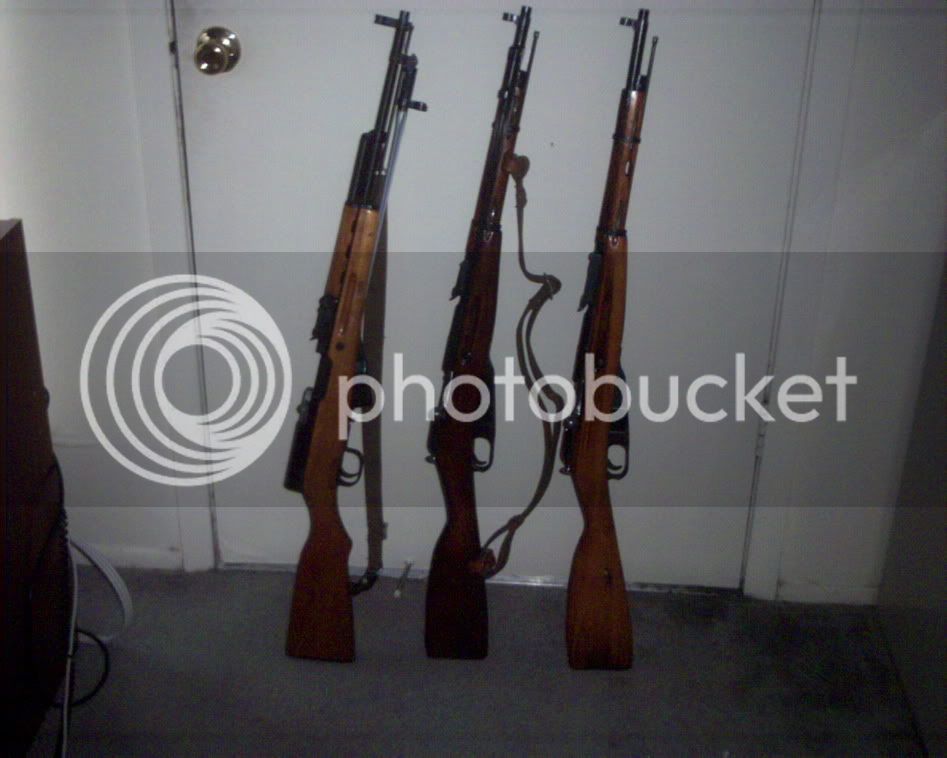 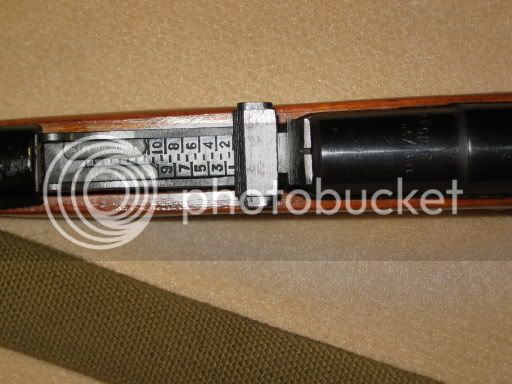 You can clearly see where they scrubbed the long rear sight when they cut it down. 2000 meters was already very optimistic for the full length 91 and irons IMO in the first place. 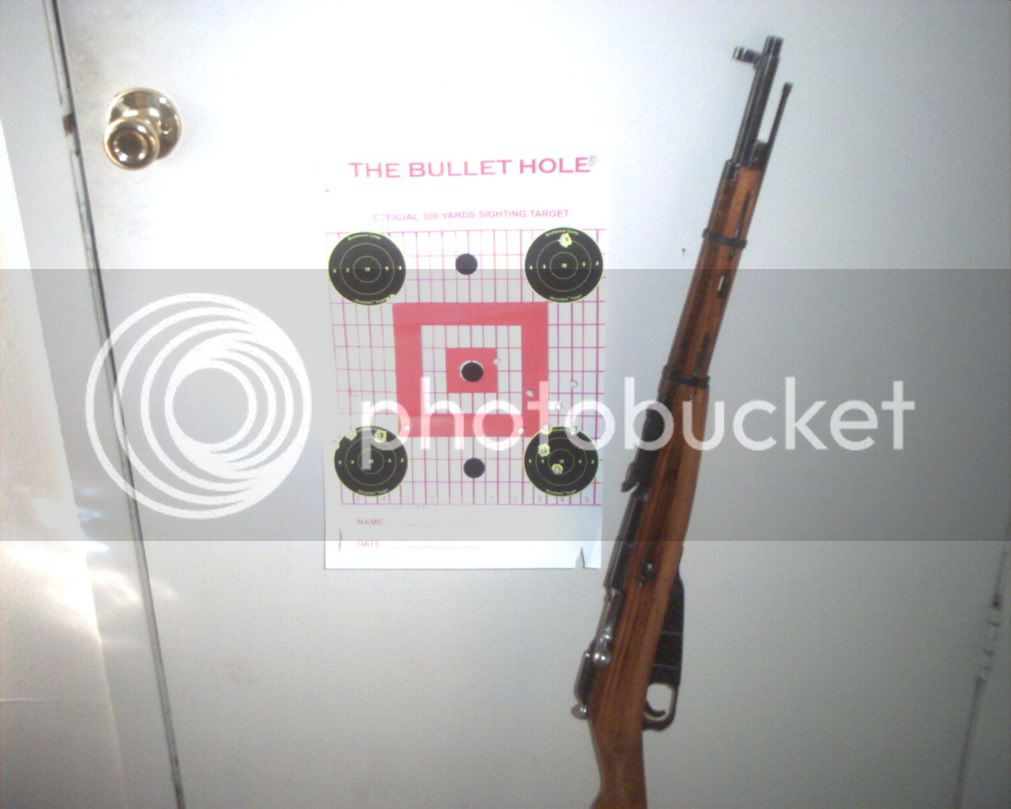 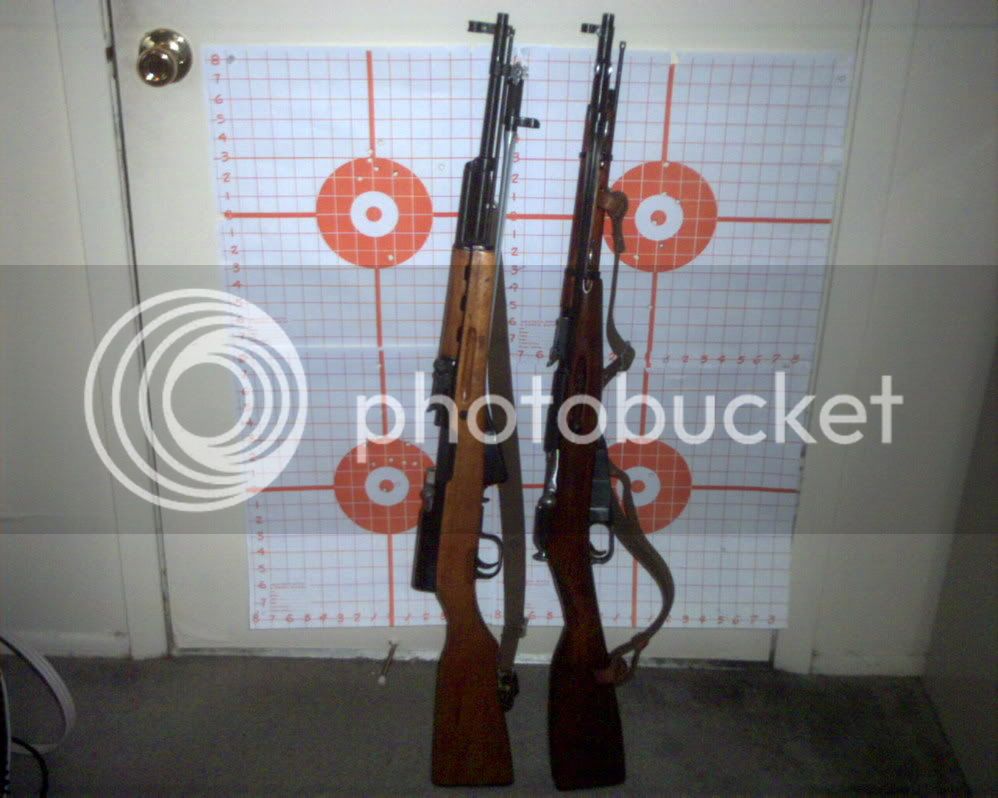 At a 100 yards all three were accurate enough for what they were. On the 91/50 when cut down you were left with a nice new crown that wasn't worn down like a lot of Mosins floating around which lent it towards being very accurate. The trigger still felt like a double action revolver though. The 43 dated M44 was the one I should have never let get away. At the time I didn't know that a 43 date was rare and desirable. Oh the ignorance of being young and dumb back then. 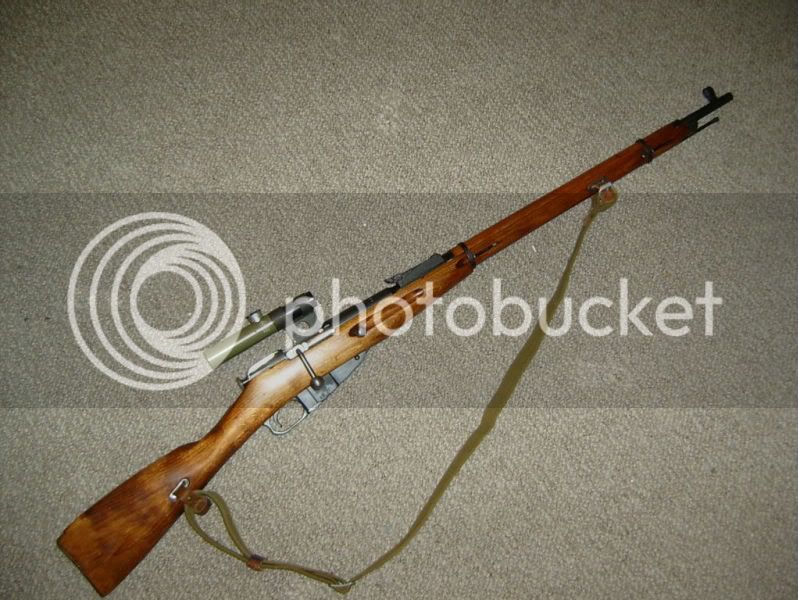 After missing the two Mosin carbines and that SKS I wound up with this guy as a consolation prize. At the time I was led to believe it was a real deal bonafide sniper. Turned out to be a Century reproduction. Lessons learned. I never really like this one. The bore was still servicable but not the best of the barrel and the trigger was even worse on this one that the other two. But again at the time being young and dumb I didn't know how to pick out a good one. 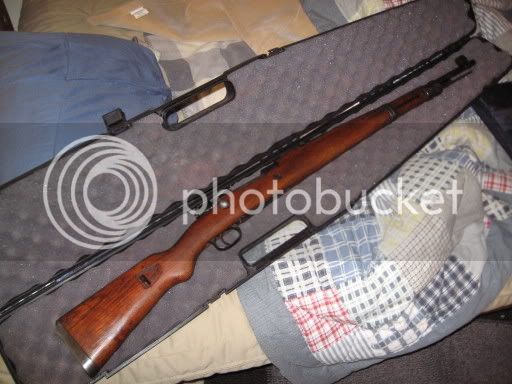 Had a Yugo M48 briefly. 8mm proved to be too hard to find at the time so I never really gave this one a fair chance. 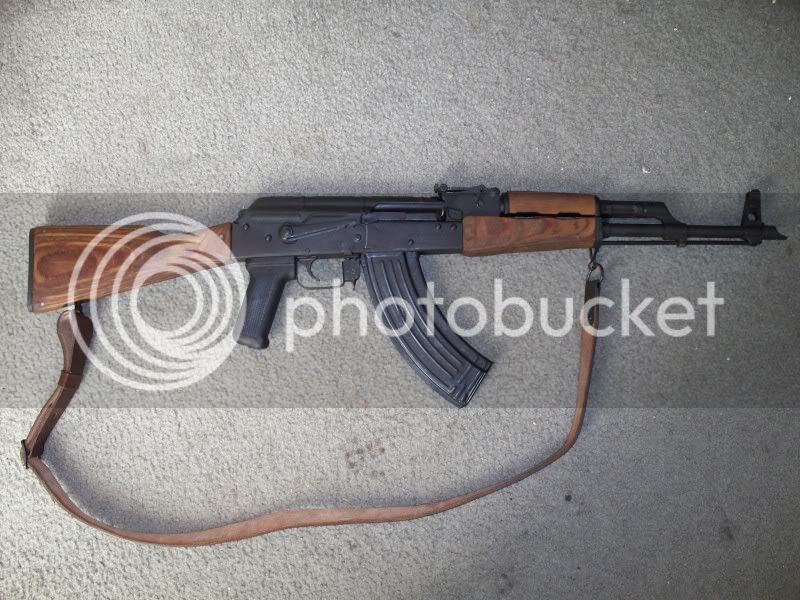 Romanian WASR 10/63 kinda counts I guess. Although as I understand it they are more for the commercial market than anything else but maybe have some surplus parts kit parts in them. To this day I don't honestly know.

Pistol wise I had this bad ass CZ 52 for a long time. 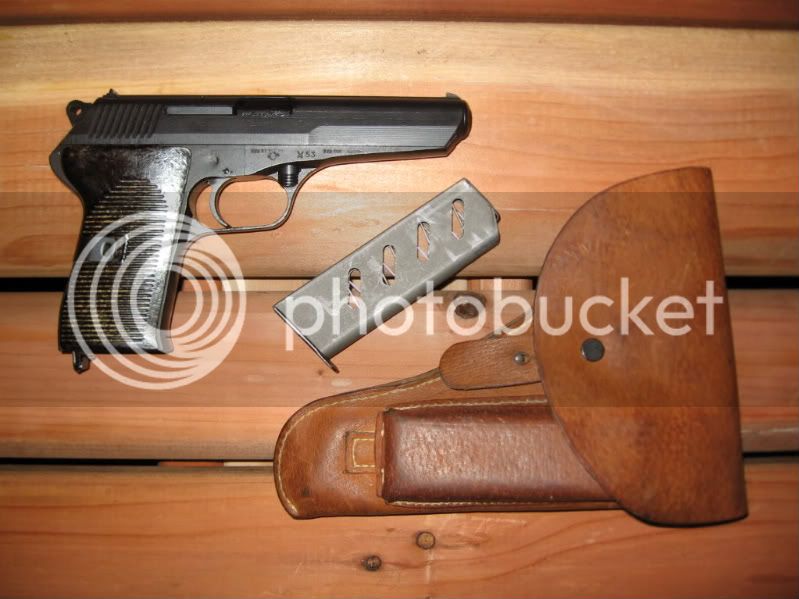 7.62x25 is one zippy lil mother you know what. The brass I swear would kick 20 yards it seemed sometimes. It sure slung em for sure.

Somehow I never got a photograph of my CZ 82 Makarov 9mm. Loved that thing too.

Yes for a while there I was totally into buying up former combloc milsurp stuff.

Like an idiot I let all this stuff go for other things and kinda regret it sometimes.

I've kept some photos on my photobucket to go down memory lane like this. Thanks for letting me remember.

Amazingly I never did acquire a C&R. Probably for the best but believe me, it was tempting back then and still is now.

Global Moderator
Supporter
"Philanthropist"
I have a couple co-workers with C&R licenses.

All they ever use it for is discounts at Brownell's, Midway, etc., but it paid for itself in the first few orders...

Wow, that is a nice little collection you have had over the course of time! Some good shooters too!

Itsricmo said:
Someone needs to get their C&R License and we all can bask in the Glory of Mil-Surp lol
That's a great looking piece, Mingaa! How does she shoot?
Hand Picked is hard to get these days. The LGS usually wants to just hand you whatever they grab first and not worry about it. Unless you are a regular, family, close friend, spend a crap ton of cash there. <-- Or Super Regular
Click to expand...

I've got some targets on file and it's about due for a range trip - haven't shot it at the new 'club' yet!! I should be out this week! Like most SKS it's a bit better than many AKs. I'll post up!

They may have recognized me but I'm not a big spender at Cabelas or most big boxes. I just squeezed noogies ( politely) and drilled in as if it was business as usual.

I'd like a Mosin as well but I want a well made pre-war model and will take the same approach when the time comes. An LGS has some out most of the time and it sounds silly but when I see a winner I'm always short on cash!! - ARG!!

Tula Hex receiver pre war Mosins are usually full of win unless just completely shot out. If I were you thats what I'd be on the look out for.

Just friendly reminder most of these milsurp guns were shot with corrosive ammo. Surplus ammo especially the former combloc stuff is very corrosive. Clean accordingly. I've seen many a nice example back in the day get ruined because of a non informed shooter who let the bore turn into a sewer pipe.

Windex was a must to include in my range bag back then. Flush the bore while it was nice and warm there at the range and then came home and promptly cleaned and oiled the bores right away. Never had a bit of trouble. Also, hated removing cosmoline. That Yugo M48 just oozed the stuff first range trip out. Amazing just how much of it was in that teak wood stock.

If any of you really want an interesting Mosin instead of the usual 91/30 check this website out.
http://www.gunsnammo.com

Fin capture reworked 91/30s known as M39s are some of the best Mosins out there. The next one I get if I got back into it would be a Finn for sure. They even usually have a few pre 1898 receivers on that website that were worked into M39s. If you wanted prewar, well theres one that would definately be before WWI and II. At least the receiver that is. The beauty of it being an antique, they can ship to your door direct no C&R. How great is that?

Been tempted to get a Finn M39 for a while now. I really miss having one around.
C

Just picked up 3 for my collection tonight. Not had time to shoot them but inspected and function tested.

Let us know how they shoot when you get a chance...

chrismetallica1 said:
They all have all matching serial numbers
Click to expand...

How on earth would one manage that?

Global Moderator
Supporter
"Philanthropist"
I've been pretty lucky in that department too.

All my Mosin rifles have matched serial numbers as well. All original too, none of that force-matched electro pencil BS...
C

chrismetallica1 said:
They all have all matching serial numbers
Click to expand...

How on earth would one manage that?
Click to expand...

I should have been more clear Each rifle has a matching serial number for the rifle, bolt and magazine. Basically they are as is from the factory. You see it too many times with Mil Surp stuff mismatches on the serial numbers of the bolt and rifle or as pointed out someone will match the serial numbers at a later date

Those are some good finds.

Since my family is originally from England... 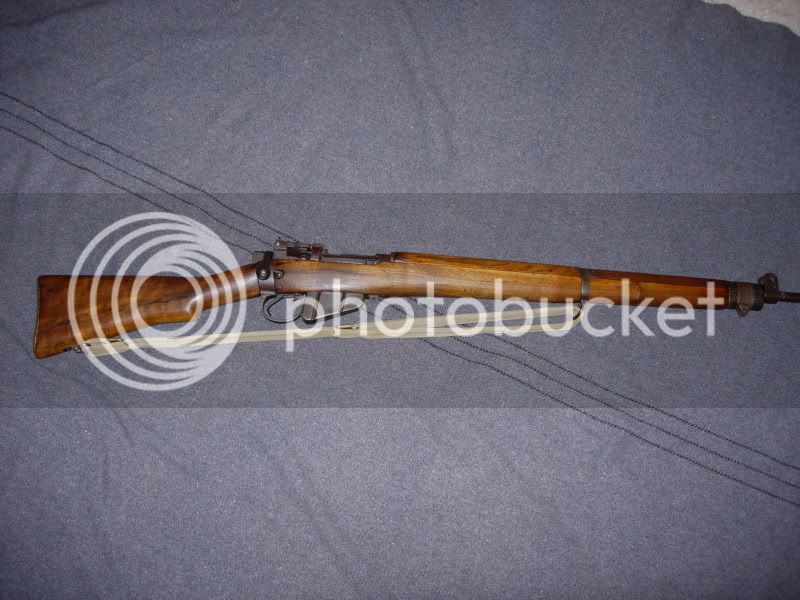 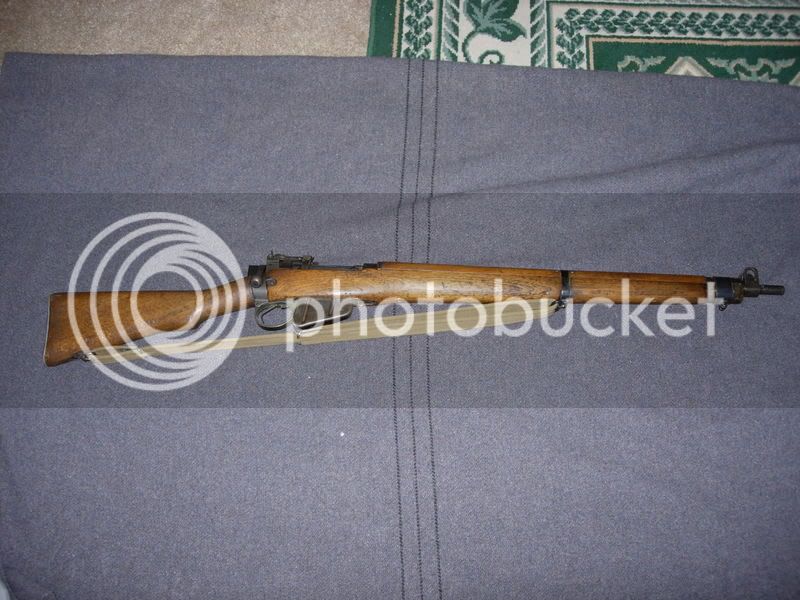 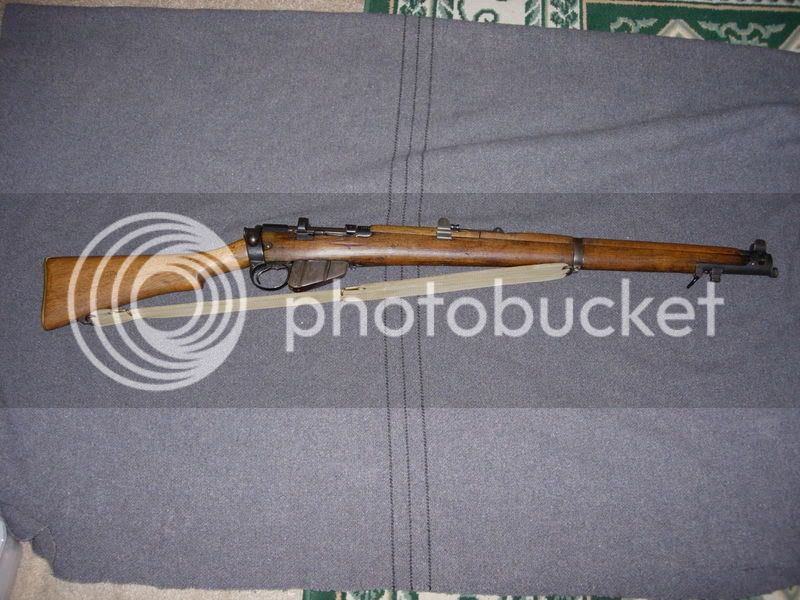 That is it.
Mark

Some of my Military collection: