Thanks! Good to be a member. I do wish Mossberg had the SPX in 22 magnum. I'd get one of those in a heartbeat.

Just picked up my new brush gun. Hittin' the range tomorrow then hittin' some coyotes that been hittin' my bear bait site. Ill post the damage in the hunting section next week.

Love the 16 inch barrel on this beast. I've never shot a 30 30 with such a short barrel. I put 20 rounds through her and man is she nice. Here's a view from my stand with it.

Quick leather wrap job, feels good, I like it.

After reading only a couple of pages on this thread, there did not seem to be much love for this gun. Now I am not a 12 y/o girl who likes any teeny-bopper music folks. I am a 40 y/o man who likes things that go bang. I own an old 1897 Winchester Pump that my Grand-Daddy got during the Great Depression as payment for some cattle wrangling he did. I also own a Maverick 88 as my EDC gun (I work from home, so it really is my EDC). I like the classic lines of a 1911 AND an Revolvers. I admit, I really like the idea of this Lever Gun. I have seen only a few reviews online about them, and they seemed to be plagued with reliability issues. Does anyone know if those kinks got worked out? I would seriously like to get one, if they have.
C

I saw the SPX and just had to have it. Took it to the range and could only get 3" to 4" groups at 100 yds. Then, on round 43, the extractor broke. Took about two months to get a new one from Mossberg. In the meantime, I bought a Henry 30-30 steel (Not the Golden one). 3/4" group at 100 yds with a 1.5 x 3 scope. So, the SPX had to go. I don't know if the one I got was "old" stock as I understand the extractor problem was corrected. But, the replacement extractor I received looked the same as the one that broke. I'm happy with the Henry and got a nice doe the first time out with it.

BANNED
I am a traditional marlin lever guy, and I hate to say it, but that tactic lol lever gun looks like an abortion gone bad.

I've enjoyed mine for the past two years and it is a great gun. Got myself a couple of hogs with it. It is also has a modern lever action appeal for my sons that are some what cool to my 336.
So far, a couple hundred rounds on the target range and two good one shot kills prove to me that this is a solid and accurate rifle. Chuck Connors, meet the 22nd century!

Yes not a pretty firearm, but if you remove the rails (which are kind of pointless), and add a scabbard, you have a nice light and easy to draw SHTF rifle...
Haven't put many rounds thru mine yet but it goes boom.. Recoil is heavy when compared to my 336.

Mine did not come with the flash hider option. My fault since I forgot to specify. Does anyone know if a retrofit is available? or is it a whole new barrel?

I recently bought a 464 SPX because I had never had a lever action and wanted a good short barreled rifle as well. I had been looking at the 464 for a long time. Then I finally found a man who had just got married and was selling a few guns/rifles one of which was the 464 SPX. It was extremely clean and he said he had only put 1 1/2 boxes thru. He even included the 1/2 box. I bought it, put a 1-4 scope, cleaned it and put it away till I could get out to the range. When range day finally came I took it out loaded it up and fired the first shot with the new scope. Ok. no problem on the first round, rack in round two and click, ok ejected the round next round shot. racked in round three click. Racked another round fired. so after 5 rounds 3 shots and two did not. I put the gun away and finished my day with my other guns. Later checking the rounds that didnt fire they were obvious primer light strikes. The gun was clean, has anyone experienced this? I really do like the gun and will clean it again and try a different ammo. The casings on the 3 that did fire look fine/normal!. I'm hoping someone else has had this experience and can tell me what they did to fix it short of more cleaning or replacing the firing pin.

MAWarmoth, Im not that experienced, but I wonder
1- how long had the rifle sat with the previous owner? And chance the firing pin|bolt needs cleaning? Maybe a Mossberg service call is on order?
I

Hey guys I know it's an old post but my extractor broke after 20 rounds. Did mossberg ever fix this or can it be replaced with another? I saw someone with a winchester replacement.
C

Mine broke on shot #43. Called Mossberg and got a replacement. Bought a Henry in the meantime and sold the Mossberg as soon as the extractor came and I replaced it. I guess I waas one of the few who liked the looks of the gun. Took the front rails off. But, really liked the collapsible stock to make a short package. Just couldn't get past the reliability issue.
I

cruzerbotz said:
Mine broke on shot #43. Called Mossberg and got a replacement. Bought a Henry in the meantime and sold the Mossberg as soon as the extractor came and I replaced it. I guess I waas one of the few who liked the looks of the gun. Took the front rails off. But, really liked the collapsible stock to make a short package. Just couldn't get past the reliability issue.
Click to expand...

Did you shoot the mossberg after the replacement? I know Henry's are good but they are a bit pricey.

No, didn't shoot it again. Just sold it.
I

cruzerbotz said:
No, didn't shoot it again. Just sold it.
Click to expand...

I'm replacing the extractor with a Mossberg one and if not I'm trying a marlin extractor, they look the same and hopefully it fits.

Does anyone know of a barrel-clamp rail for a light that mounts to the magazine tube? Came across rail clamps for side mounting, but looking for bottom mount.

cruzerbotz said:
Mine broke on shot #43. Called Mossberg and got a replacement. Bought a Henry in the meantime and sold the Mossberg as soon as the extractor came and I replaced it. I guess I waas one of the few who liked the looks of the gun. Took the front rails off. But, really liked the collapsible stock to make a short package. Just couldn't get past the reliability issue.
Click to expand...

I did the same thing and in fact I bought two Henry Lever guns. I did not however sell the Mossberg.

The Gun has improved a lot since it has worn in and since I have smoothed off a few rough edges. But in no way is it as smooth a gun as the Henry Lever Action .22.

You could probably spend twice as much and not get a smoother gun.

The .38 caliber Henry, however, was a different story. It was fussy about ammunition and it was often balky in operation. I initially attributed this to rust found in the magazine tube, and perhaps part of that was true as the rust was getting shaved down into the action. But I discovered that right away so nothing was damaged. That gun just wants an particular .38 caliber 158 grain round-nose bullet and nothing else will do (though it will shoot identical profiled Magnums as well.)

This is the same fussiness I got from the Mossberg .30-30 and in that case it has improved with use. Not so with the Henry. The stuff it doesn't like, it is never gonna like.

I love my 464 and I love both of the Henry's and not one of them is flawless.

Even the .22 Henry, which is so wonderful you can rack it with your pinky finger, and shoot any brand of ammunition you stuff in it, can still be made to jam if you should simply hold the rifle wrong.

But I want to hear your experience with the new Henry .30-30 and how it's comparing to the 464 in the long run.

Been on here posted a few times but didn't realise this thread was here. And here is my SPX as it sits today.

Had it almost a year and once I found an ammo it likes, nearing 1000rds and no issues. 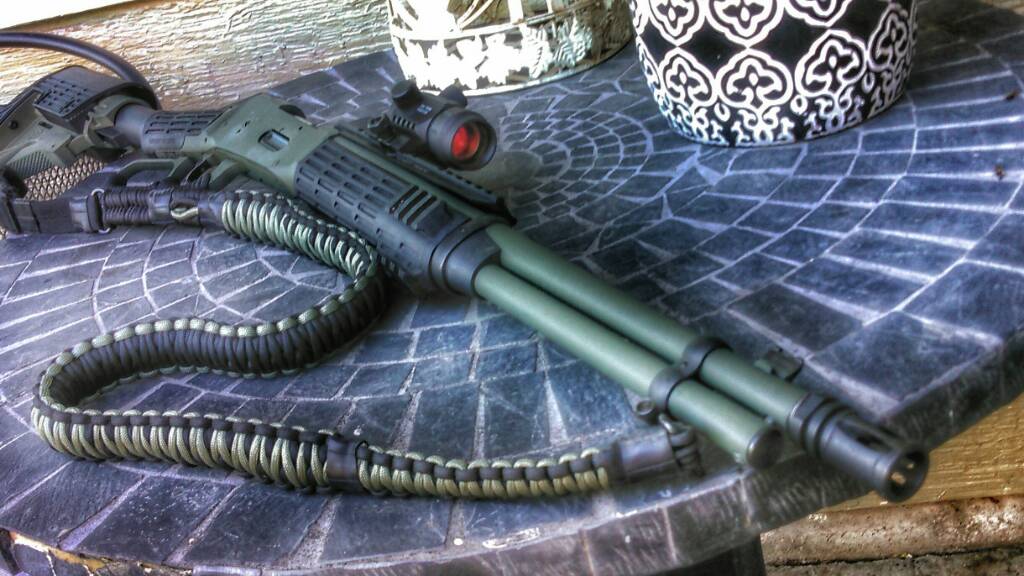 Sent from my E6782 using Tapatalk
I

Been on here posted a few times but didn't realise this thread was here. And here is my SPX as it sits today.

Had it almost a year and once I found an ammo it likes, nearing 1000rds and no issues.

Sent from my E6782 using Tapatalk
Click to expand...

What ammo does it like best? I've only tried winchester and monarch.